The 2020-21 season has begun and Dortmund are already going full throttle on the youth train. Here’s a look at some of the names to watch at the Westfalenstadion and the BVB Academy.

We do not claim any image rights.

Much has been said about the prolific English Wonder-Winger, little thanks to Manchester United’s odd and rather confusing pursuit of the player in this transfer window. The twenty year old picked up 18 goals and 19 assists in 32 appearances across the Bundesliga and UCL last season. It is no surprise then, that the BVB bosses value him at a minimum of 120mil €. While a silly bit of partying kept him largely on the bench over the UEFA Nations League games recently, there remains no doubt that the youngster is yet to hit his maximum potential.

The towering Norwegian announced his arrival in the Bundesliga with a hat-trick. As a substitute. He then went on to produce 13 goals in 11 appearances in the German top flight. Today, 3 games into the season, he’s at 4 goals and 2 assists for Die Schwarzgelben, alongside 6 goals in 4 appearances for the Norwegian National Team. Aptly nicknamed ‘The Terminator’, Haaland’s fierce spirit and goal-hungry attitude, added to his significant frame and strong stature make him an absolutely lethal 20 year old, one that’s already garnering interest from big names around Europe.

17-year-old son to USMNT’s Claudio Reyna and USWNT’s Danielle Egan took little time adjusting to life in the senior side. Having already scored in the Dfb Pokal, he went on to set up Haaland for his second goal in the 2-1 win over PSG in the UCL last season. Ever since, he’s been one of Favre’s favorites. The young American is comfortable on either wing, but plays best in the central-attacking midfield position, making him the heir to club skipper and legend, Marco Reus. His intricate passing, composed finishing and excellent link-up play make him a tantalizing prospect to watch as he develops.

This 17-year-old midfield maestro was signed on over the summer at a price in the 25mil € ballpark, from Birmingham City in the English second tier. While the price was mostly a training compensation, the youngster is proving to be well worth the fee. Bellingham can play anywhere in the midfield. The lad shows great composure on both ends of the pitch – he’s solid in defense, calm in front of goal, moves forward at the right times and tracks back when necessary. Bellingham regularly completes over 80% of his tackles too, making him the ideal box-to-box midfielder. The dynamic he adds to the midfield, especially alongside Emre Can bring plenty of life into a middle that was starting to seem sluggish and boring, something we saw just 45 minutes into his first match for the Black-Yellows as he scored his first goal in a friendly over the summer camp.

Not long ago, Felix Passlack was considered the heir to veteran full-back Lukasz Piszczek. Since joining the BVB academy at 14, the German kid went on to represent his nation at every level from U16 to U21. He picked a hat-trick of youth league titles from 2014 to 2016. His captaincy of the U17 team in 2015/16, combined with 17 goals and 17 assists in 22 appearances, as a full back nonetheless, saw him receive the Fritz-Walter Gold Medal in 2015(an award for Germany’s most gifted youngster), followed by promotion to the senior side in 2016. He went on to become the youngest German to score in the UCL, and then he disappeared. Refused chances with the senior side, he went on to weather out poor loan spells from 2017 to 2020. Over this summer’s training camps and friendlies, the boy was handed one more opportunity to display his grit. And display he did. Passlack showed immense spirit, even against clubs like Borussia Monchengladbach, earning him a permanent place in the senior squad this season, bringing much joy to the fans who were awed at his youth performances. His work rate is excellent, he’s composed in defense and offers enough going forward that can be expected of a full back.

When Dortmund’s continued woes prompted a switch from a 4-man to a 3-man backline last season, Dan-Axel Zagadou was picked for left center back, a role he carried phenomenally. Despite having Mats Hummels and Manuel Akanji in the backline, the 20 year old was regularly the best presence in defense, with his pace, ball playing skills, a knack for heading, strong stature and presence and general presence of mind both in defense as well as attack. Unfortunately, he picked up an injury when training resumed post the COVID-lockdown-break. The ligament injury in his knee has kept him sidelined ever since, with him picking up another injury of the same sort 4 months later in August. He is currently expected to remain out, possibly until December, giving Favre significant headaches in defensive selection. 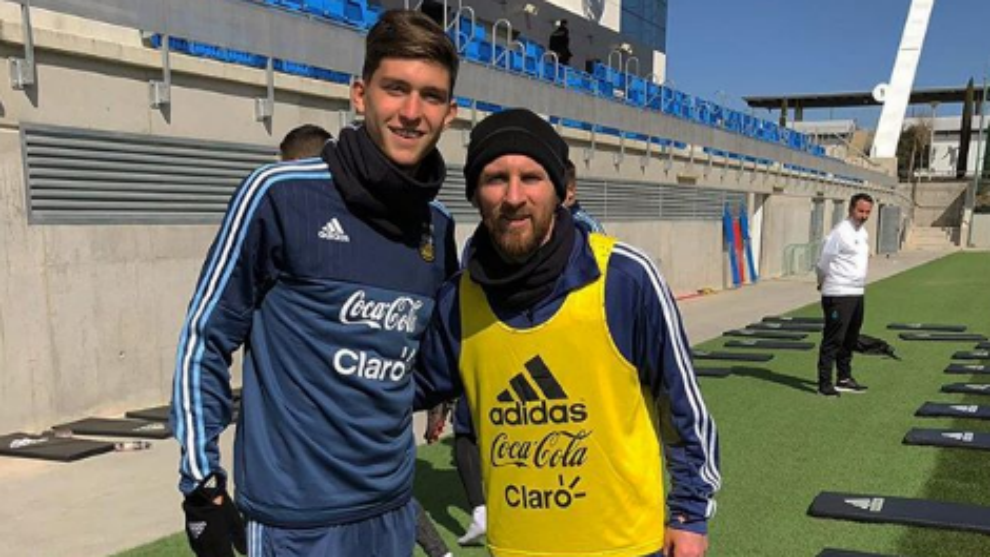 The six-foot-two Argentine was already a full-fledged International player at age 20, even before Dortmund picked him up in 2019. In his 5 outings with Boca Juniors in 2018/19, he picked the Man-of-the-Match honor in his debut home game. However, since arriving at Dortmund he was sent off on outings with the reserve team, not receiving a senior team call up until the end of the 2019/20 season. He was called on late in the final games, mostly as a holding midfielder (a position he hadn’t been regular at since age 15). When he did move into central-defense, he seemed shaky and was caught off guard quite often, mostly owing to lack of game time. Moreover, the season had already wrapped up and it was time for a few experiments, further adding to the confusion. Balerdi was loaned out to Olympique Marseille for a season, in the hope that he gains some experience and returns to the form that prompted spending of 15.5mil € on him.

Stay tuned for part two, where we talk about new Madrid loanee Reinier Jesus, firing hot youth academy product Yousouffa Moukoko and other academy products who are yet to fully join the senior squad.