Who is Dortmund's next star, Jude Bellingham? | turf Football

Who is Dortmund's next star, Jude Bellingham?

Despite barely turning seventeen at the end of June, Bellingham already seems so self-assured of his abilities, not only as a footballer but also as an individual.

We do not claim any image rights.

Borussia Dortmund struck again when they signed one of the hottest young prospects in football beating competition from around Europe. Jude Bellingham moved to Germany last summer. Despite barely turning seventeen at the end of June, Bellingham already seems so self-assured of his abilities, not only as a footballer but also as an individual. 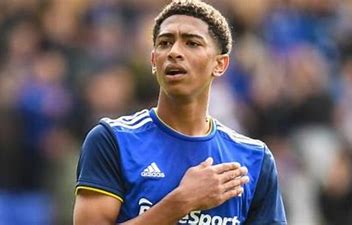 Bellingham joined Birmingham City as an under-8. He played for their under-18 team at 14 and on 15 October 2018, he made his debut for their under-23 team at the age of 15.Bellingham took up a two-year scholarship with Birmingham City to start in July 2019. He was part of the pre-season squad that spent a week in Portugal as part of their training for the 2019-20 season. On 6 August 2019, Bellingham became Birmingham's youngest ever first-team player – at an age of 16 years, 38 days, when he started against Portsmouth in EFL Cup.

On 20 July 2020 Dortmund signed Bellingham for an undisclosed fee which was later reported to be an initial £25 million-plus several million add ons making him the most expensive 17-year-old in history.Bellingham made his debut on 14 September 2020 in the starting eleven for the first fixture of Dortmund’s 2020-21 season, against third-tier MSV Duisburg in the DFB-Pokal.

Bellingham has all the ingredients to play in the centre of the pitch, it's believed that the 16-year-old has the capability of performing as a defensive midfielder, central midfielder, an attacking midfielder and even as a false 9, he has also been deployed on the left and right-hand side of midfield. The 6-foot tall midfielder has been magnificent for Birmingham and Dortmund.

He glides around the pitch and can lose his opponents without appearing to change stride and is rarely if ever, knocked off the ball.He possesses a precise touch and can pick a pass, time a run and he also has a keen eye for the goal. 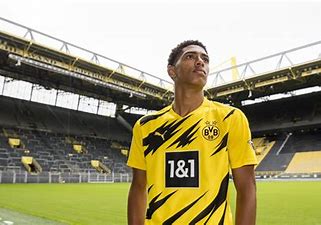 A large portion of Bellingham’s player profile has been dominated by his excellent technical prowess.

Bellingham features a great first touch and therefore the skills to direct the ball in tight areas and make space by eliminating the opposition markers either during a clear-cut 1v1 situation or even multiple players.Usually, in a more advanced state of play when Dortmund are on the attack and have the opposition either pinned down or they’re already progressing towards the final third, Bellingham positions himself in between the lines or out wide.Being a box to box type of midfielder, it doesn’t come as a surprise to see him across all of the pitch.

Generally speaking, he doesn't surge into space and behind the opposition's defence, as he averages only 1.2 progressive runs in the ongoing campaign and across all competitions, but his movement can often disrupt the defensive shape of the opposing team and ultimately create space to take advantage of.The seventeen-year-old is already thinking a lot when moving across the pitch and recognises what the situation demands of him which makes his off the ball decision-making into one of his strengths.He’s averaging 4.04 dribbles with a reasonably impressive success rate of 58.2%.

When starting wide, Bellingham can avoid pressure from the opposition and set himself up for success when running into the final third or the box, he seems to be able to do it on both flanks with great ease. Once his final ball improves enough to consistently impact the sport, Bellingham can truly become a real threat every time he has the possession and is charging the opposition. At the instant, he’s already successfully finishing 55.3% of his actions with an average of 72.32 but that figure is sure to go up with time.

His passing is often described as decent and still developing.He doesn’t complete a huge number of passes nor is he the most accurate of passers out there – with a 77% average accuracy.

While he's an excellent dribbler of the ball and is an asset in the attack, it’s his defensive contribution that makes him such a well-rounded player at such a shockingly young age.Currently, he’s averaging 9.56 defensive duels with 63.1% success rate, which is a decent figure and already makes him a formidable defensive force.

Bellingham can often be seen charging the opposition to quickly snatch the ball away, pressing relentlessly even deep into the enemy territory and trying to do the transition from defence into attack as quickly as possible.This brings us to a crucial part of his skill set – recoveries. Currently, he’s averaging 6.39 with 55.2% happening in the opposition’s half. On average, he makes 1.28 sliding tackles with a success rate of 60%. This is actually what describes him best – bold, aggressive and a risk-taker in every aspect of his player profile.

For all the talent he possesses with the ball at his feet, it was the speed and clarity of thought which marked Bellingham as a unique talent. It remains to be seen just how far his potential can take him, but if his Borussia Dortmund debut is anything to go by, we might find out sooner than expected. The opportunities are laid out in front of Bellingham. The footballing world is at his feet and his first steps suggest it will be a journey worth following closely.