Dani Parejo’s career has been filled with drama, both on and off the field. He has seen the summit and has also been in the trenches.

Dani Parejo’s career has been filled with drama, both on and off the field. He has seen the summit and has also been in the trenches. One thing that majority of the fans agree on is that he is one of the most underrated players of our time, whether it be because of his off the field controversies or the fact that he has been the focal point of Valencia in their toughest time, the disrespect that this man gets is unfathomable. So here’s a story for you, story of a man who went from being a laughing stock to a club Legend. 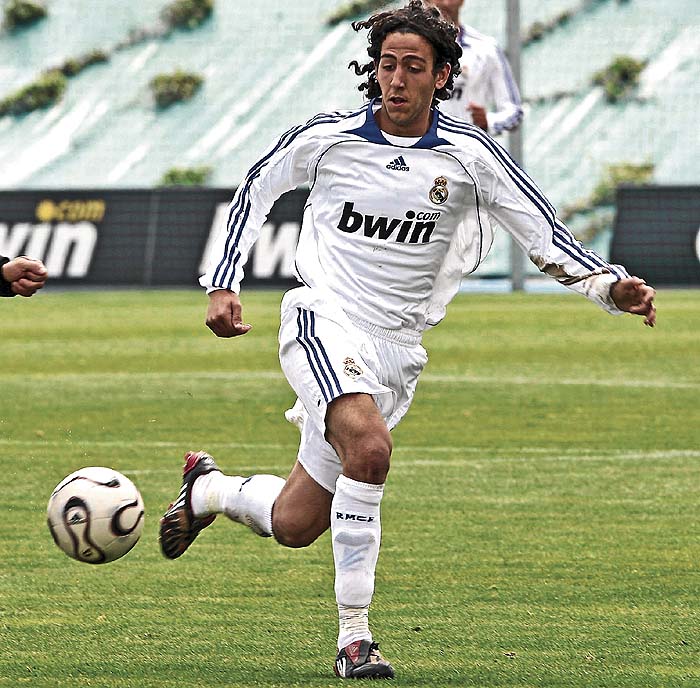 Parejo joined Real Madrid’s youth team when he was 14 years old. He immediately rose to the top of the stacked academy and impressed everyone who watched him play with his flair and raw talent. In fact, arguably Real Madrid’s greatest player of all time, Alfred di Stefano, called Parejo by far the best player the club’s academy had ever seen. Being showered with praises from everywhere, Parejo was set to add his name to the legends produced by Los Blancos but fate had other plans for him. Once Parejo was given the start for Real Madrid’s B team he slowly started to drop off. He did feature for the first team but things were just not working out for him and hence because of lack of playing time, he decided to move. 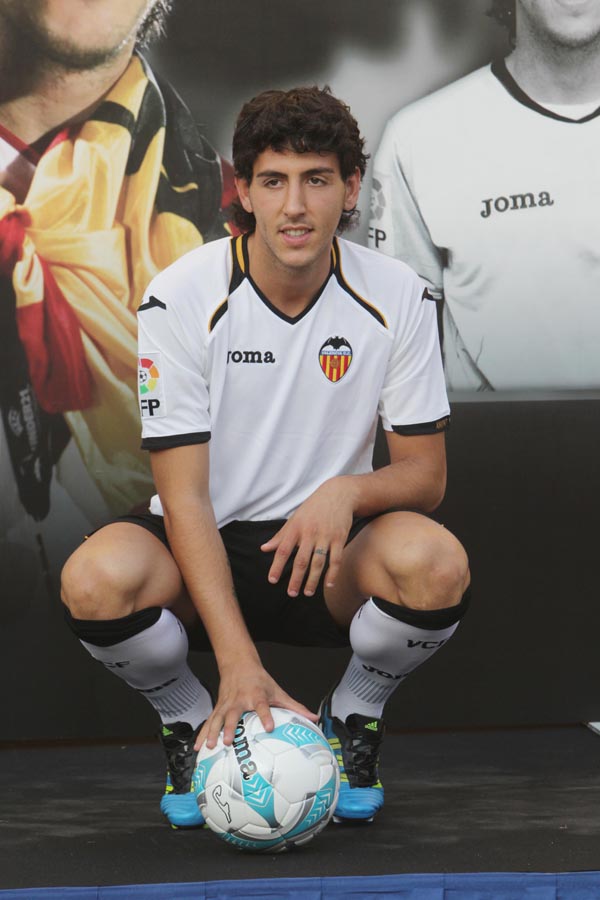 After a loan stint with the championship team Queens Park Rangers, and a couple of seasons for the relegation battling Getafe, Parejo reached the place where he was meant to be, Valencia Club de Futbol. They say that the path to glory goes through the trenches and that’s exactly what Parejo’s initial days in Valencia were like. Everything that could go wrong, went wrong for the Spaniard. He couldn’t adapt to Unai Emery’s style of football and was horribly inconsistent on the pitch. Add to that his drunk driving DUI, the public rants of his sister and girlfriend and Parejo’s reputation was in the gutter. Valencia as a club too were slowly losing their position as a top 3 Spanish club and fans were frustrated. Parejo became the target of their frustration and received a lot of criticism from the Valencia fans and media alike.

Emery’s time was soon over and the new manager was the club legend, Mauricio Pellegrino. This brought a ray of hope for Parejo but to no avail. His performances were even worse under Pellegrino and everything seemed lost. Parejo was thought to be on his way out of Valencia as one of their most disappointing signings of all time but then entered Ernesto Valverde.

Rise to the top 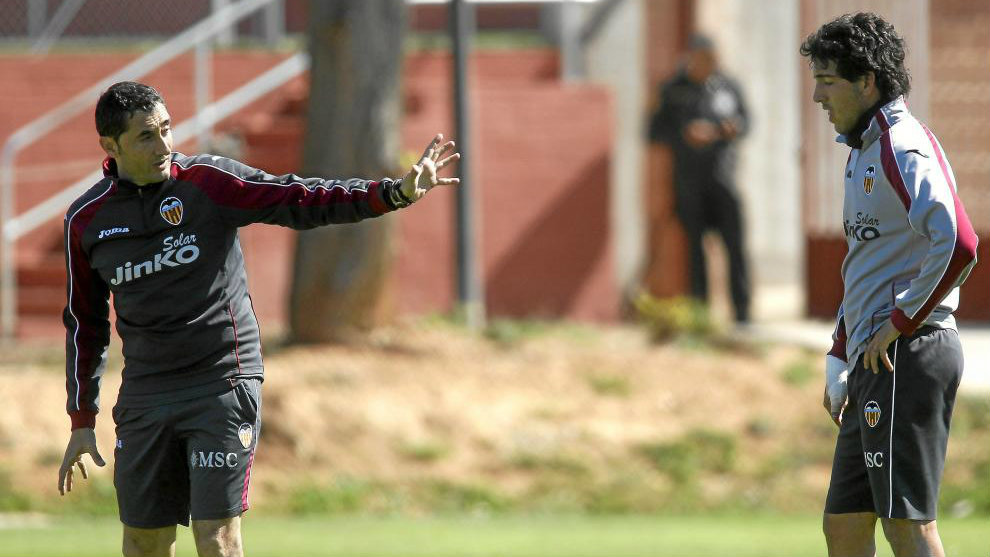 Pellegrino was sacked just after a few months of his appointment and Ernesto Valverde replaced him. This was a turning point in Parejo’s career. Along with his partner in crime Ever Banega, Parejo slowly started to come into his own. He showed glimpses of the player over whom the great Alfred di Stefano once fanboyed and left the city of Valencia in awe.

The Valverde era however, was short lived. He left the very next summer but Parejo was not planning on looking back now. He kept up his level of performances under the subsequent managers and soon started to dictate the entire team’s play. His slow and patient build up became Valencia’s identity. Parejo, especially, took his game to another level against big teams. He was an absolute nightmare for teams like Real Madrid and Barcelona who just could not seem to stop him. Parejo was bestowed with the captaincy of Valencia in 2014 and the Spaniard responded by having statistically his best ever season for the club. He ended the season with 12 goals. 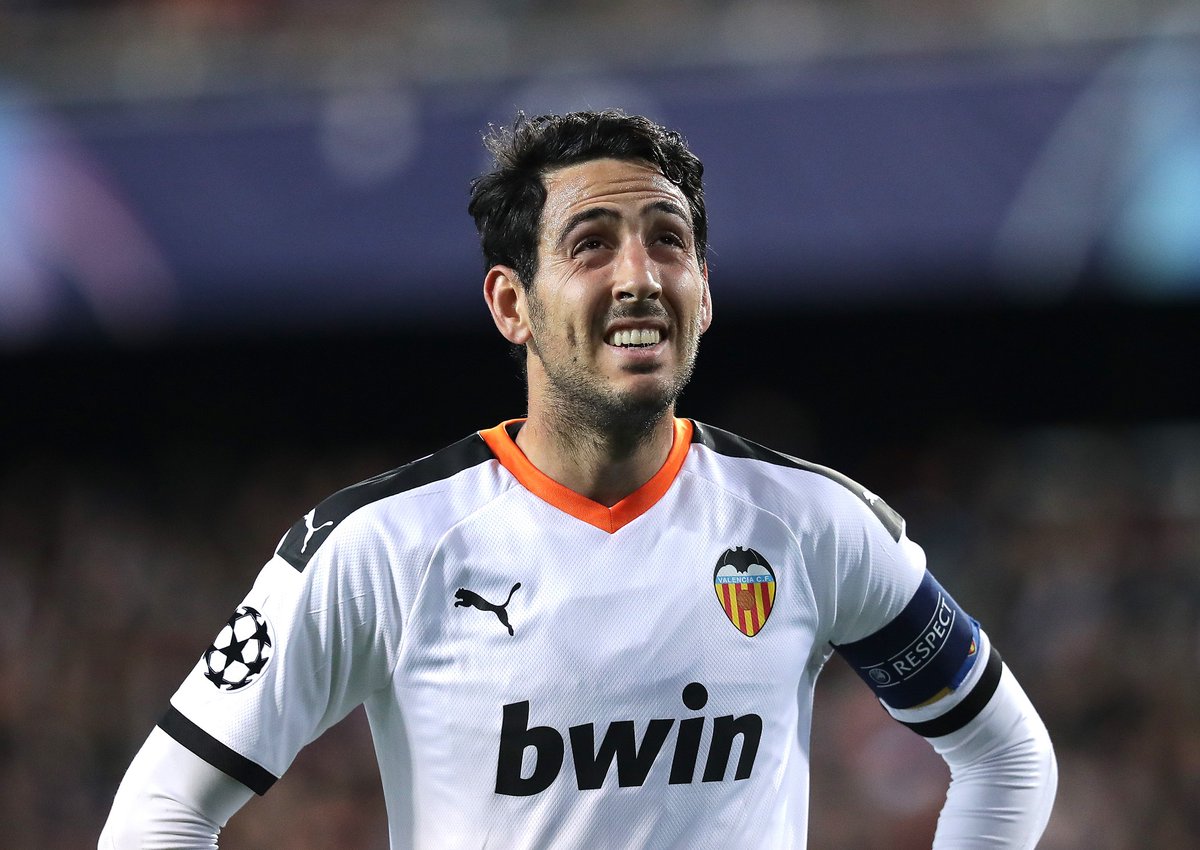 Just when everything seemed to be going well for Parejo, suddenly things turned again, a trend which has not left him in his career till date. The Valencia board was in shambles during that 2015-2017 period and were making senseless decisions. The managerial hirings were embarrassing and Parejo was left alone with nothing at his disposal. He did try to make things work, but the managerial discontinuity and off the field drama was too much for him as well. His performances took a slight hit. Valencia were in danger of relegation in those two disastrous seasons and Parejo being the captain, had to face the brunt of the fans. His commitment came into question, fans talked about how he did not run enough and how his social media videos meant that he wasn’t serious. They conveniently forgot that he was still the best player on their team and the only difference between them and the relegation zone.

The relationship between Parejo and the fans worsened to the extent where he was dangerously close to leaving the club in 2017, all due to the abuse he faced from the Valencia fans.

The Revival and Eventual Departure Just like it happened with Valverde in 2012, this time it was Marcelino who gave Parejo a chance at redemption. After his hiring in 2017, he convinced Parejo to stay, citing his importance in his future plans. Parejo stood up to Marcelino’s expectations and gave consistent masterful performances. He was back to his best, which is being one of the top midfielders in the world. It was because of these performances that Parejo got his first call for the Spanish national team in 2018. He led Valencia to a top 4 finish in the league in two subsequent seasons. The love and respect that he had lost in Valencia, he earned back with his talent and dedication. In 2019, in what was a historical moment for the club, Valencia upsetted Barcelona in the final to win the Copa Del Rey, their first trophy in 11 years and Dani Parejo was the one who led them to this.

The ecstasy of that moment soon ended for the Valencia fans and Parejo though. The board of Valencia was back at it with their ridiculous decisions, they sacked Marcelino in the middle of the 2019/20 season which resulted in Valencia finishing 9th in league. Just last month, they took a decision which shocked football fans all over the globe. Dani Parejo, the icon and still the best player of Valencia, was sold to arch-rivals Villareal for an insulting fee. Parejo’s journey at Valencia came to an uneventful conclusion garnering Peter Lim and the Valencia board heavy criticism from fans.

Parejo’s Valencia career was filled with things that he would like to forget but he would tell you that it was all worth it just for the moment when he lifted the Copa Del Rey trophy in a Mestalla stadium filled with chants of “lolololololo Dani Parejo”. Dani Parejo earned his Murcielagos stripes and did his best to honour the batch he wore. For a decade, Dani Parejo was Valencia and Valencia was Dani Parejo.