Eden Hazard's struggles at Real Madrid and what lies next? | turf Football

Eden Hazard's struggles at Real Madrid and what lies next?

Eden Hazard moved to Real Madrid amid much fanfare. Here, we examine what has gone wrong for the Belgian since his dream move and what happens next.

It was June 2019, when Eden Hazard left Chelsea for Real Madrid, a dream move for him. He was finally a Galactico and Madrid spent £88 million (excluding bonuses) on Hazard and he signed a contract worth excess of £400,000 a week. With such staggering numbers and his impressive performances at Chelsea, a lot was expected of him.

Fast forward to February 2021 and he suffered a muscle injury which ruled him out for six weeks. It has been a theme for him during his time in Madrid, and his dream move has turned out to be a complete nightmare. So, where has it gone wrong and what is next for Hazard, let us find out.

Undoubtedly the biggest reason why Eden Hazard has struggled at Madrid is the many injuries he has faced. After his latest muscle injury this February, he has missed 44 out of the 79 games Madrid has played since Hazard’s move to Madrid, due to various injuries. He will miss more matches as he is sidelined till March.

This has been a consistent trend for Hazard in the past two seasons as this is his seventh major injury since moving to Madrid. The main injuries he has had are muscle (hamstring) and ankle related. He even had Coronavirus and had to self-isolate. With so many disruptions, it has been difficult for Hazard to get a consistent run of matches to find his form. He has not played 90 minutes since 23rd November 2019.  At the age of 30, it is difficult for Hazard to recover to full fitness. 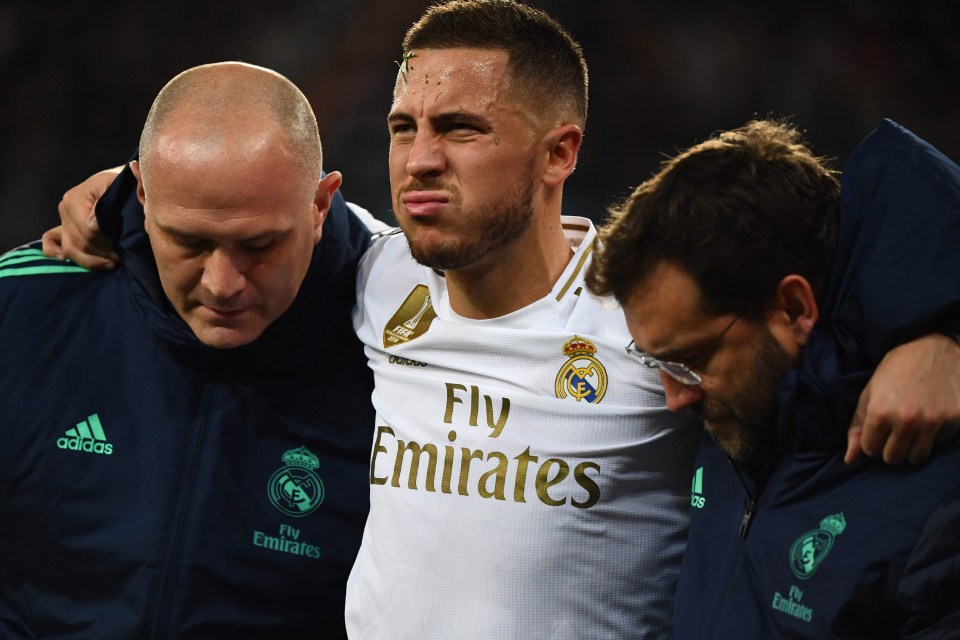 When you are signing for the biggest club in world football at hefty sums of money, there is a lot more pressure to succeed and deliver for the club. Previous Galactico signings like Cristiano Ronaldo and Gareth Bale have been a success at Madrid (even though he has faded away). So, when the club splashed out a similar amount of money on Hazard, he was always going to be expected to perform at a high level, week in, week out. The pressure may have been too much for Hazard which may have hampered his performance. He likes to play with freedom and a clear frame of mind, which has been hard to get at Madrid.

Change in style of play

Even though he played the same position after his transfer as a left winger, things were different at Real Madrid compared to Chelsea. At Chelsea, he was their talisman, their crown jewel. Everything happened through him and he led the Chelsea attack line. However, at Real Madrid, he was no longer their main man and he was surrounded by superstars like Toni Kroos, Luka Modric, Karim Benzema, among others. He was not the focal point of Real Madrid’s attack which may have inhibited his impact. Also, at Madrid, he was expected to score huge amounts of goals. He was a decent goal scorer for Chelsea scoring 110 goals for them, in 352 matches. But Hazard is not the type of player who scores regularly. Taking Ronaldo’s jersey number 7, he was expected to score every match like his predecessor. For his immense talents in other areas, this is not Hazard’s game. He has scored only four goals for Madrid in 35 matches.

Hazard may be questioned on his actual desire to succeed and attitude after securing his dream move. Just before the start of his first season at Madrid, he put on five kilograms while on holiday. When Hazard was questioned on this, he said, ‘I’m not going to hide it, but when I’m on vacation, I’m on vacation. I had put on five kilos, I’m the type to put on quickly and lose so quickly if I’m careful.’

Now he may have lost that weight but arriving at a club in Madrid, where expectations are sky-high, overweight may signal a bad attitude or lack of intent. Coming to a new league, where the expectations and environment are more demanding and fans are less forgiving, is challenging for any player. A player must be fully focused and committed to succeed at Madrid, and this is one place where Hazard might have failed.

What lies next for Hazard

Hazard is currently injured till March. He must recover from this latest setback and try to stay injury-free upon his return and try to get back to form. Due to coronavirus, clubs may not be able to afford Hazard right now so he may have more time at Madrid. The fan base at Madrid is not forgiving and is already questioning Hazard. He needs to start from scratch, taking care of his body and working hard in training. He must also start delivering for Madrid and put in good performances regularly to win back the fans and convince the club that he is here to succeed.

However, if his poor form and injuries continue to plague his career, Hazard may find it difficult to play for Madrid regularly and could be sidelined. A few clubs may be interested in Hazard if Madrid decides to offload him, with a return to Chelsea or a return to Lille not out of the equation.

We all want Hazard to be a success at Madrid and put in performances as he did for Chelsea. But only time will tell if he becomes a true Galactico or a forgotten Galactico.