FC Barcelona is one of the most celebrated clubs in all of football’s history. Here's turf Football's first part of a series on FC Barcelona.

FC Barcelona is one of the most celebrated clubs in all of football’s history. Since 2008, the team’s journey has been no less than a rollercoaster ride, with its fair share of ups and downs. From having one of the best teams to ever play football in the early 2010s, to now where the club is struggling with its rather unsuccessful management.

After a disappointing 2007-08 season, the club announced a managerial change. Pep Guardiola took over the club’s management from Frank Rijkaard, immediately bringing in the much-needed changes to the club. He got rid of legendary plays like Ronaldinho, Deco, and Zambrotta and brought in a new style of play: Tiki-Taka. The style consisted of quicker and intelligent passing, speedy recovery, high pressing, and more possession, and was much more aggressive than Rijkaard's style of play. What followed was Barcelona winning the league title and netting a record 105 goals and 9 points clear of the team in the second position. They won their third Champion's League defeating Sir Alex Ferguson's Manchester United by 2-0, and also won the Copa del Rey to complete the treble. Doing so, FCB became the first Spanish team to win all the three trophies in a calendar year. Soon Guardiola started playing Lionel Messi as a False 9 and the rest is history.

Later on in his career when asked about Guardiola, Messi said, "He won our confidence from the first day because we could see that things were being done correctly and then when results started to flow the confidence grew with them." Although he is a professional and wouldn’t go against a coach, it’s not so easy to acquire the trust of world-class players like Lionel Messi on day one. But when you do get that trust, you know it’s because you’re Pep Guardiola. 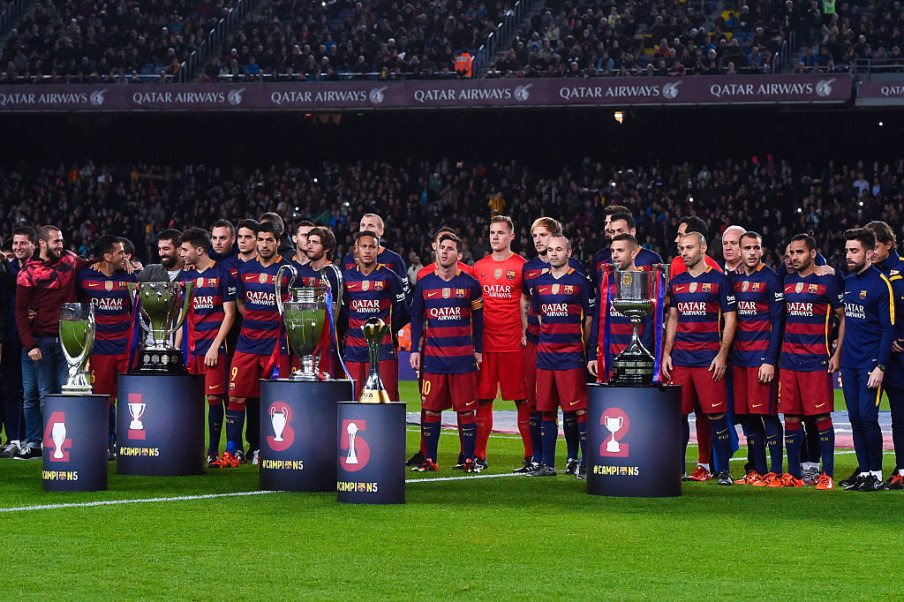 "2009 is the best year of my football career." A well-known statement repeated by Xavi, Puyol, and Thierry Henry. Just in his second year at Barcelona, Guardiola managed to win the club six trophies. 2009 truly was the perfect year for Barcelona. The club won both El Classicos, the first being the famous 6-2 win, and the second was a 1-0 win all because of Zlatan Ibrahimovic. They then went on to win La Liga, UCL, Copa del Rey, Spanish Super Cup, European Super Cup and to top it all off - the Club World Cup. Barca also dominated the LFP awards, winning 5 of the 6 awards - best forward, best midfielders (2), best manager, best defender, and the best player. It was evident that Guardiola had been boosting the team’s morale and had promoted a positive outlook within the club, with the players respecting the coach, the tactics, and their opponents as well.

Most of Guardiola's tactics were similar to what he had learned under Johan Cryuff. While intricate and quick passing was one of the most essential things in Guardiola’s tactic, the four midfielders (Sergio Busquests, Xavi Hernandes, Andres Iniesta, and Lionel Messi) were also very important. Guardiola was making attacking very smooth for Barcelona and the loss of possession in midfield was practically becoming impossible, due to the very clear formation of triangles in passing. Xavi Hernandes was controlling the pace of the play and was pretty much the engine of this tiki-taka machine. Even Gary Neville, often a coach of rival teams, didn’t shy away from appreciating Xavi and stated "Players like Xavi are a unique species. You don’t find them in each generation." As for Iniesta, his technical abilities and quick thinking were helping the team control possession and move forward. And then there was Messi of course, with his forward runs, impeccable assists, and sublime dribbling, making everything possible. 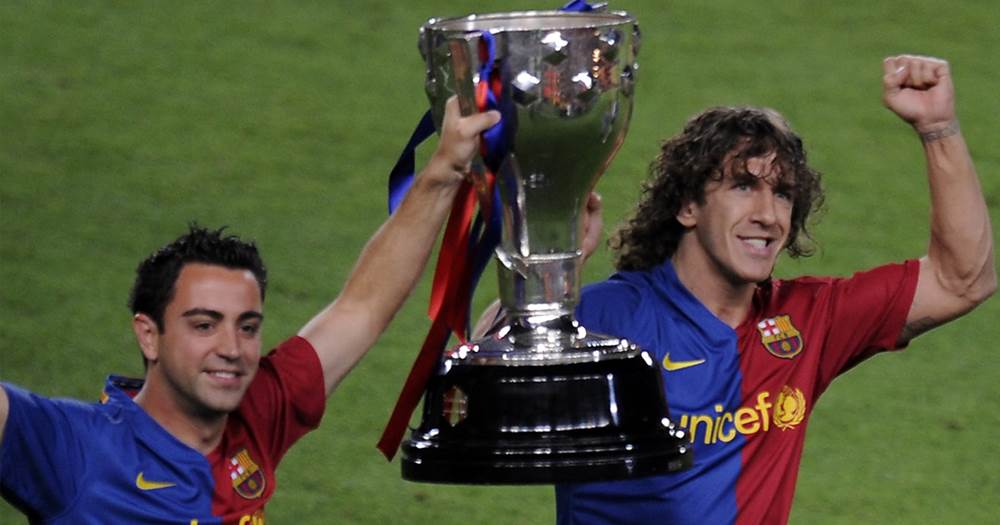 Pep also had strong defense tactics in mind for the back four - Pique, Puyol, Eric Abidal, and Dani Alves.The back four were very effective and conceded an average of just 29 goals per season during the 2008-12 period. Alves was an integral part of the build-ups for attacks. Whereas, Abidal's proper reading of the game and ability to determine when to go forward, helped Barca concede less and score more. He was the one to immediately join Pique and Puyol after a loss of possession and form a back three.

Pep’s well thought and executed system helped him win 14 out of the 19 trophies. These included the three consecutive La Liga titles and two UCL titles. The 2011 UCL final involving Manchester United and Barcelona, is considered to be one of the greatest football matches of all time. Sir Alex Ferguson's Man U got out mastered in its tactics by Pep's Barca. After the match, Ferguson even stated, "In my time as manager, it's the best team I've faced. I think everyone acknowledges that, and I accept it." Barcelona won 3-1 in that final, dominating most of the game. The Golden Era Barcelona team has been regarded as the best team ever to play football by pundits and players alike. 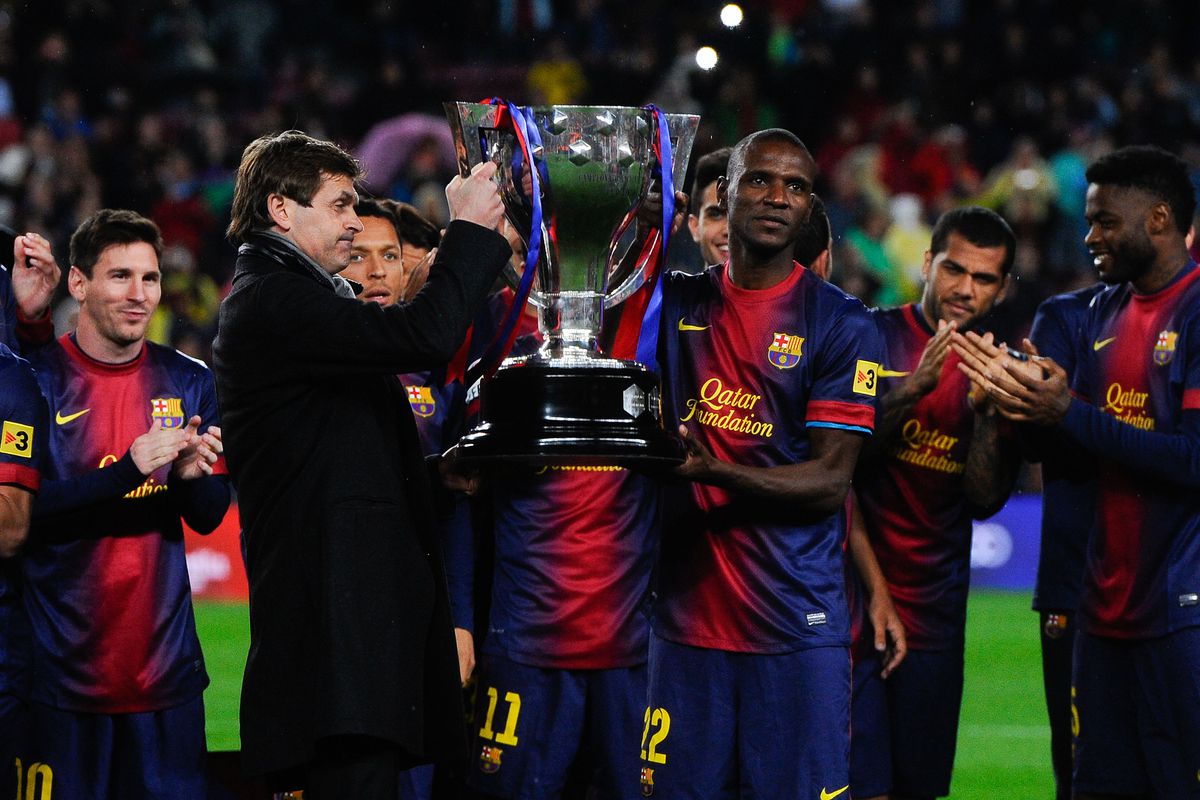 After Guardiola, Tito Vilanova took over and started managing Barca. He had a very good league run and the club achieved a record 100 points in the 2012-13 season. Vilanova brought in Jordi Alba from Valencia and Alex Song from Arsenal. He won the league title but failed in both UCL and Copa del Rey. The club did reach the UCL semi-finals only to be trashed by Bayern Munich on a 7-0 aggregate. As for the CDR semi-finals, they lost to long-time rivals Real Madrid 4-2 on aggregate. Soon after, Vilanova was diagnosed with cancer and couldn’t invest his time and efforts in the club and had to step down from the managerial post the same season he joined. Later on, Tito lost his battle with cancer and died in 2014.

After Vilanova, Gerardo “Tata” Martino was appointed as the head coach. Tata had a great start to the season and signed Neymar from Santos for €57 million. Under him, Barca managed to go the first 14 league games with 13 wins and no loss. But in the second half of the season, the team started dropping points and finished in the second position. Atletico Madrid went on to win the league title just three points clear of Barcelona. Barca also dropped out of the Champions League quarter-final, also played against Atletico Madrid. They then lost the 2013-14 CDR to Real Madrid 2-1. This season was a quiet one and the first since 2007-08 in which the club went empty-handed, without any silverware. As a result, Tata decided to resign from the post of the head coach of Barcelona.

Stay tuned to turf Football for the second part of this series on the journey of FC Barcelona as a club. Here's an analysis of Valverde's tenure at the club.