FC Barcelona is one of the most celebrated clubs in all of football’s history. Here's turf Football's second part of a series on FC Barcelona.

Starting off the decade as the best team in the world, Barcelona were expected to rule the football world for the upcoming years. But just as Pep Guardiola left, things started taking a wrong turn for the club. Though they managed to win the league title in 2012/13 season by 100 points, there wasn't much to cheer about for the fans except that. In the next season, they had to go home without any silverware. Let's see how they performed in the forthcoming seasons. 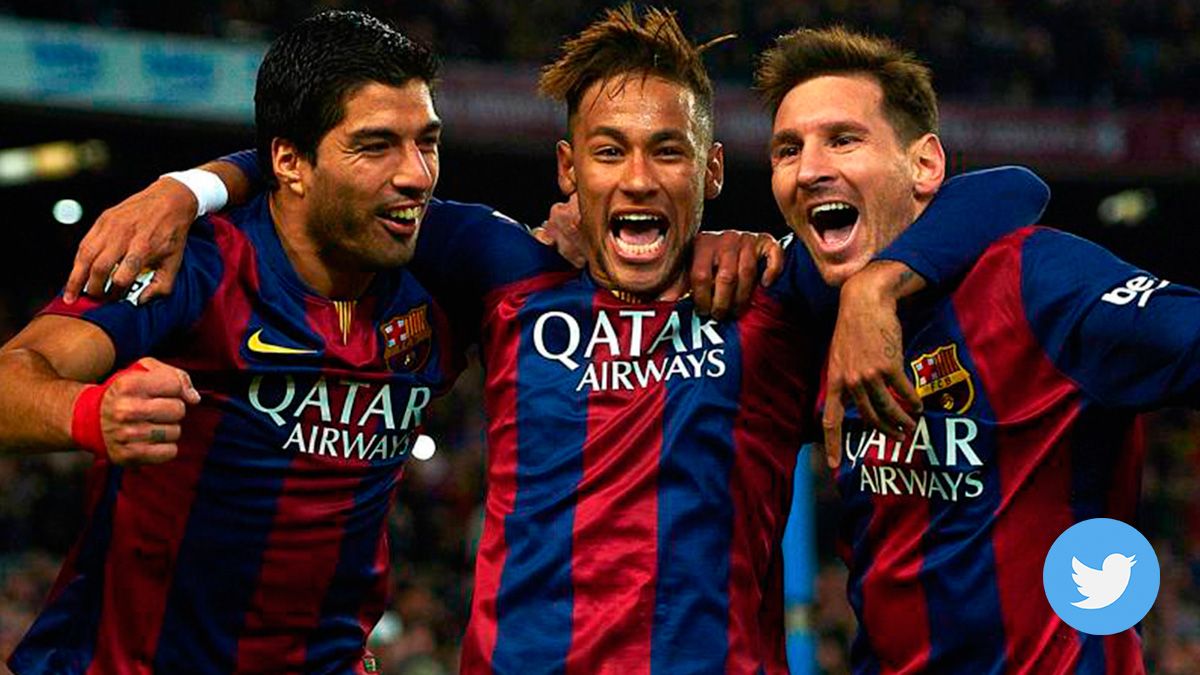 In May 2014, Luis Enrique was named the new manager of FCB. Club legends like Victor Valdes and Carlos Puyol left. Some core players like Alexis Sanchez, Cesc Fabregas, Christian Tello, and Bojan also left in the summer transfer window. Luis Enrique had to go big in the transfer window to fill in the voids left behind by all the retirements and outgoing transfers. Enrique did a pretty good job to bring in players like Luis Suarez, Ivan Rakitic, Rafinha, and Marc-Andre Ter Stegen. The transfers didn't pay off well initially. Barcelona had to lose their points thrice in the first ten games of the league which also included a 3-1 loss against their arch-rivals, Real Madrid. But, after that, Barcelona went on to amass 94 points to win the 14/15 league title.

The signing of Luis Suarez slowly started helping Barcelona. By the end of the season, Messi, Suarez, and Neymar accumulated a total of 122 goals and 55 assists. These numbers were just unbelievable. Not only did the trio performed well against lower-ranked teams in the league, but also scored goals when it mattered. They were regarded as the best football trio ever. Neymar scored 39 goals for FCB in the 14/15 season making him the second-highest goal-scorer for Barca after Messi who scored 58 goals in total. In midfield, Evan Rakitic was playing alright, filling in the huge void of Xavi and Andres Iniesta as stepped up in the big games. With the help of these players and the grit in the squad, Barcelona completed the 14/15 season with a Copa del Rey, League title, and their 5th UCL title.

Fans had their faith reestablished. Expectations were high again for the team. Luis Enrique after a brilliant first season was expected to carry on the great form. 15/16 was a quiet season for FCB in the transfer window. Most incoming players were returning from loans. In 15/16 season, once again, the MSN trio had a terrific season. Suarez, this time was the highest scorer scoring a brilliant 40 goals in LaLiga 15/16. MSN beat their record of 122 goals and scored 131 goals in total. This helped the team to bag yet another league title (just one point clear of second-ranked Real Madrid) and a CDR title. But the team struggled against Atletico Madrid in UCL quarter-finals. They lost 3-2 on aggregate. With this, Barcelona completed the 15/16 season with a league title and a CDR title.

With the previous season concluding, Barca were expected to give something to the fans. The legendary trio once again managed to reach the 100 goal mark by scoring 111 goals in total. Messi had a total of 54 goals. Neymar had a comparatively bad season with 20 goals. But, yet again, Barcelona finished second with 90 points. In UCL they managed to get through the round of 16 in which Barca were 4-0 down in the first leg. Barcelona won 6-1 in the second leg which involved goals being scored by Messi, Neymar, Suarez, and Sergi Roberto. But, they were knocked out by Juventus on an aggregate of 3-0. Barcelona signed in Paco Alcacer this season but he appeared only in 20 league matches. With the MSN trio established successfully, Alcacer's lack of play wasn't a shock. Barcelona failed to win LaLiga or UCL in the 16/17 season as well. 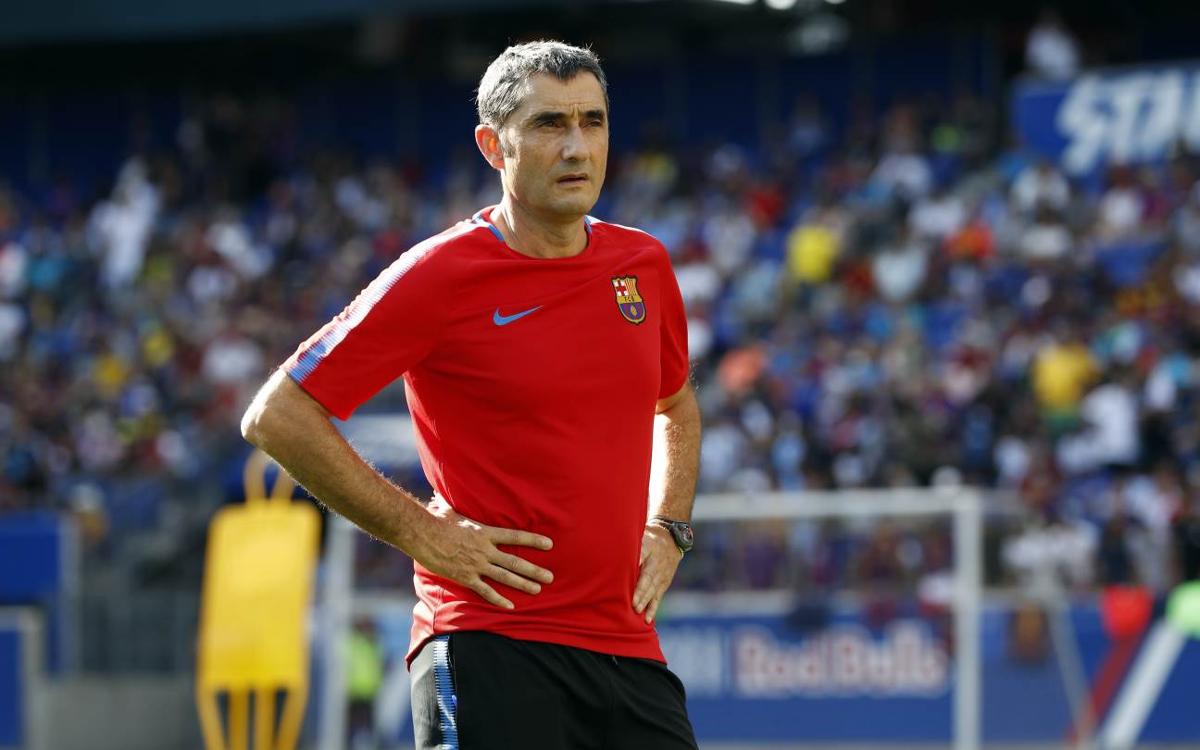 After two "bad" seasons, Ernesto Valverde was named as the new head coach of the team for 17/18 season. Luis Enrique stepped down after the end of his contract. After two years, Barcelona was back in the transfer window again. They sold Neymar for a world record €222M. This money was used to sign Ousmane Dembele(€105M) and Philipe Coutinho(€120M). Despite the money given to them, they didn't get enough playtime. Dembele played in 24 matches whereas Coutinho played 23 games. Dembele also missed a month's play due to his hamstring injury. Coutinho performed well in the chances given to him. He scored 11 goals in those 23 games. This time, Barcelona concluded the LaLiga season with only one defeat, gathering a total of 93 points. They won the LaLiga title comfortably with 14 points clear of the second-ranked team. But, Barcelona's average run in UCL continued. They were knocked out by AS Roma in the quarter-finals. Their counterparts, Real Madrid went on to clinch their second straight UCL, defeating Liverpool 3-1. Barcelona though won another CDR final against Sevilla, finishing the season with a deserved LaLiga and CDR. 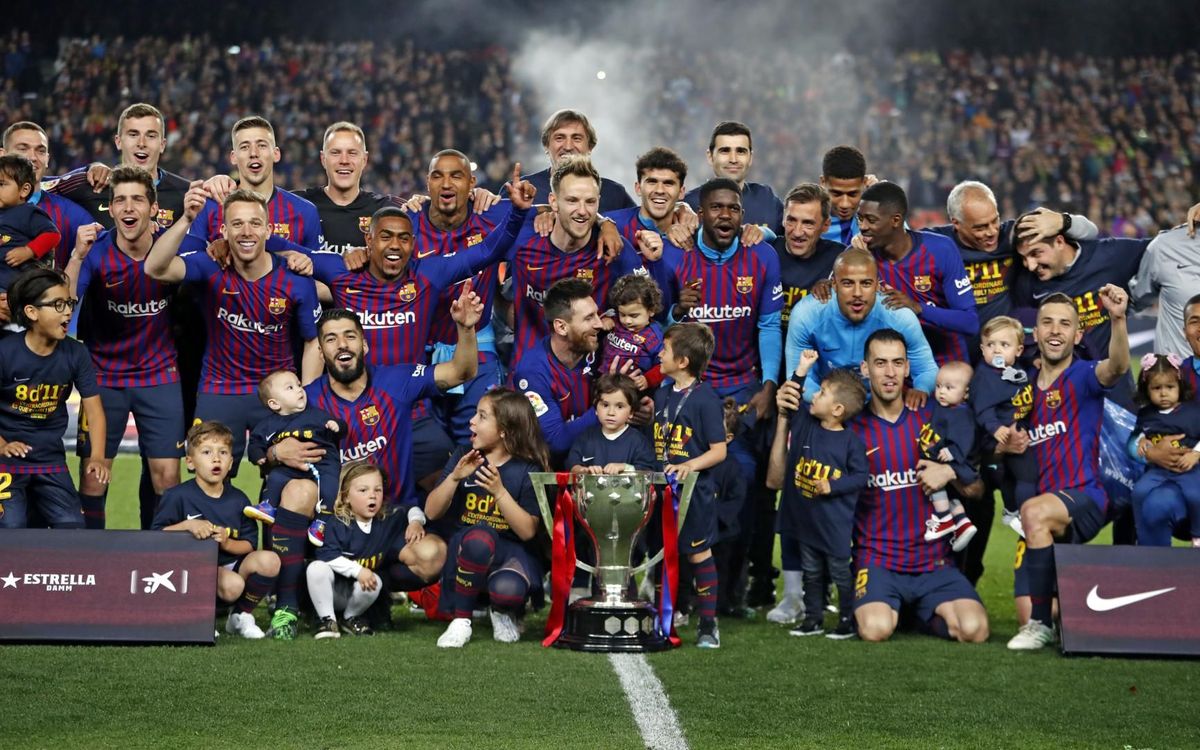 Things changed in the 18/19 season. After a galactic tenure at Real Madrid, Cristiano Ronaldo left Madrid to Juventus on a 117 million transfer fees. Real Madrid was in transition and Barcelona took full advantage of it. Barcelona won the league title yet again, 11 points clear this time. This time Coutinho and Dembele were given enough chances. Yet, they failed to deliver. Coutinho played more matches than Messi but was able to score just 11 goals. Dembele got injured thrice in this season. Barcelona was knocked out of UCL again. By Liverpool in semis this time. Though Barcelona had a strong 3-0 lead from the first leg, they weren't able to defend those three goals at Anfield. Also, Barca lost CDR finals to Valencia. Barcelona was struggling. 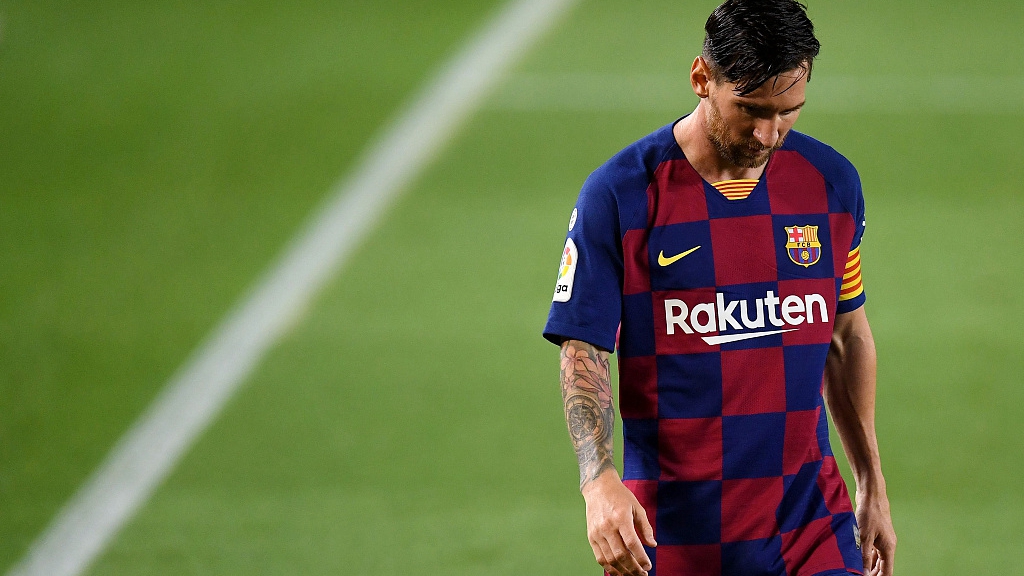 The season 2019/20 was disastrous for Barcelona. Football was going alright. Messi was doing his magic as usual. But the Barca board were messing up time in and time out. The short-term mentality of the coach and the board made many upcoming talents wait in Barcelona B. The dressing room and the board had many disagreements. One such instance was when Messi broke his silence to show his disagreement with what Eric Abidal said in the press conference. Abidal directly pointed out that a few players were not working hard. This was not the smartest thing to say in the media. Messi was not at all happy with these statements and took to Instagram to back his players and their work. He also stated, "People should be responsible for their jobs and their decisions". Even the coach was not respected by the fans and media. Eventually, Valverde was sacked and Quique Setien was made the head coach. Barca also made illogical transfers such as the Arthur-Pjanic swap deal. Speaking of football, Barca hasn't won anything yet in this season. They finished second in LaLiga race, five points behind Real Madrid. Bad things apart, Quique Setien is bringing in changes for Barcelona. But, with good play, Barca desperately needs a change in the board.

This is the second installment of turf Football’s series on the circumstances of FC Barcelona. Read the first part here!