Gareth Bale: The Ascent to the Top | turf Football

Gareth Bale: The Ascent to the Top

Gareth Bale's rise to the top has been nothing short of extraordinary and he has faced a number of struggles in his journey.

The beginning of a dream

Born and raised Welshman Gareth Bale started out as a left-back in the Southampton Youth Academy, swiftly rising through the ranks. 16-year-old Bale became the second-youngest player to embrace the field for the Saints and of his 45 appearances, managed to score 5 and assist 12. Bale quickly earned a reputation for being a free-kick specialist and one of the Saints most creative players, all of which led to him being named Football League Young Player of the Year and eventually signing a four-year deal with Tottenham Hotspur in 2007 for a reported £5 million. His international career took off in the same year. Now it's at a stage where he’s scored 32 in 79 appearances and has taken home 6 Welsh player awards, making him the most decorated Welsh player. Bale kick-started his Spurs career with a goal against Fulham and a free-kick against Arsenal in a North London derby. Of his 8 appearances in the Premier League that season, Bale could only carry out 2 goals. He also managed a goal against Middlesborough in the only League Cup game he played. A torn ligament in his right ankle caused him to miss more than half of that season.

Despite this reduced game time, Bale was still seen by everyone as a promising young talent with a lot to offer. The next season was a little different, with Bale being a winger for the first time. And although he did appear three times as much as the last season, he only managed three assists.

The next season began with a knee injury that resulted in Bale missing almost 2 months of football including all of the pre-season games. But a few seasons of setbacks weren’t enough to kill Bale’s morale and he quickly turned things around when Redknapp decided to give him a chance owing to Assou-Ekotto’s injury. This was the breakthrough he needed. He scored and assisted 14 times in the 34 games he played, missing just 2 matches this new season. This was also the season Bale first experimented playing on the right side of the pitch instead of his usual left. After taking his club to the Champions’ League group stage and winning the Premier League POTM in April, Bale signed a contract extension with the Coys, putting all transfer rumours to rest.

Harry Redknapp on Bale - "He's an amazing, amazing talent and he's after the Ronaldo’s and Messi’s of this world and he's getting better and better. He's almost unplayable when he's on his game. He is a genuine world-class player. There's nobody he couldn't play for. He'd improve any team."

Bale announces himself to the world

Over the next 2 seasons, Bale announced himself to the world in electric performances one after another. One such performance was against Inter Milan where he swooped in during the second half and scored a hattrick after his team was 4-0 down. While Spurs did lose that match, Bale won everyone’s hearts. As Bale went on to become one of the best in the league, he changed his number from 3 to 11, owing to the fact that he was more of a forward and in his words “not a defender anymore”.

It was now 2012, Bale was missing less games, had bagged a PFA Player of the Year award and his second POTM award. And although the Spurs were in the top 6 clubs, they could easily crash out all their competitions. Bale knew he now needed a new challenge to showcase the talent he possessed. With a total of 24 goals and 28 assists, Bale was nearing his prime. The 2012-13 season was when Bale hit his peak for the Coys. He won not only his second PFA Player of the Year award but also the PFA Young Player of the Year award. Bale scored his first ever Premier League hat trick against Aston Villa on boxing day in a 4-0 victory. This went on to be his best season goal wise, with Bale netting the ball 26 times. 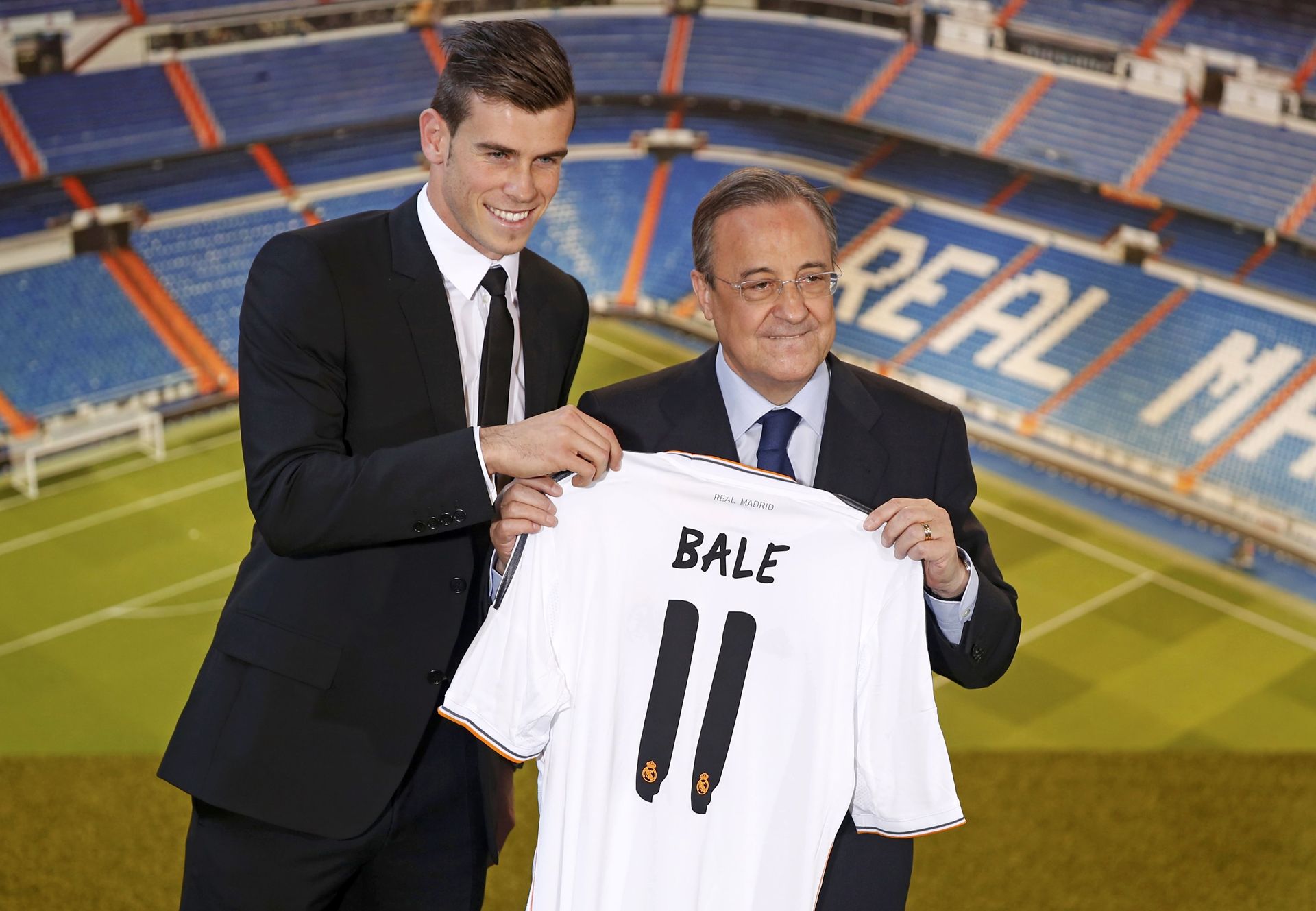 A minor upset was Bale missing 5 matches nearing the end of the season. Regardless, his performances were still convincing enough for Perez to spur out a whopping €100 million for Bale, making him the world record transfer of that time.

To the fans, Bale looked like the rightful heir to Ronaldo’s helm. His numbers proved that he didn’t lack the skill, scoring 105 and assisting 68 in 251 matches for the Los Blancos. However, not all of his time with the Vikings has been like that. Throughout his Madrid career Bale has missed 25% of all games owing to injuries, he’s usually isolated in the locker room, still hasn’t learnt Spanish and his relationship with the manager doesn’t come off as being too good.

Bale on his relationship with Zidane, the Vikings manager - “I wouldn't say we were best mates.”

What could’ve been a whole another trajectory for Bale at Bernabeu, never quite happened.