Happy Birthday Lukita: The Rise of the Magician | turf Football

Happy Birthday Lukita: The Rise of the Magician

Luka Modric has faced a number of hurdles on his way to the top. Here's a look at his journey on his birthday!

For the entirety of his career, Luka Modric has been one of the most consistent, decorated, and gifted players of his generation. Today, Luka has everything, a loving family, wealth, awards, fame, and is considered a national hero after the 2018 World Cup campaign. He has won almost everything he has competed in and is often seen as a humble and wholesome player who is widely accepted as a “few of those impossible to hate” players.

But there’s always been a side, which Luka was very uncomfortable to share, until recently when he released his Autobiography. Memories from his childhood, which shaped him as a professional man, which made him believe that he is destined to win and nothing can stop him.

“They were difficult times in lots of ways and I went through so many things but in general, despite everything that happened and the scars on my family, I remember my childhood as a happy one”.

Memories of his Grandfather Luka

In one of the previous interviews, Modric talked about his grandfather Luka and the bond he shared with the old man. Modric was his grandfather’s first grandchild, and he was named after him by his father. His grandfather was a street mender who looked after the old road between the coast and the mountains of Croatia.

Modric writes in his autobiography, “ I felt his love in his kind-hearted reactions to my mischief, I felt his kindness and his warmth when he took me to my bed and stayed there until I fell asleep.” “As soon as I was big enough to walk around on my own, he took me with him wherever he went. Whether shoveling snow, stacking hay, taking the cattle to pasture, going to buy building materials, carrying out all kinds of repairs, as well as a whole line of other things that needed to be done around the house, my grandfather always treated me as his assistant.”

Sometimes, Grandpa Luka would take the young boy out hunting rabbits. There’s a picture of them in his autobiography where Modric is seen holding his Grandfather’s shotgun. 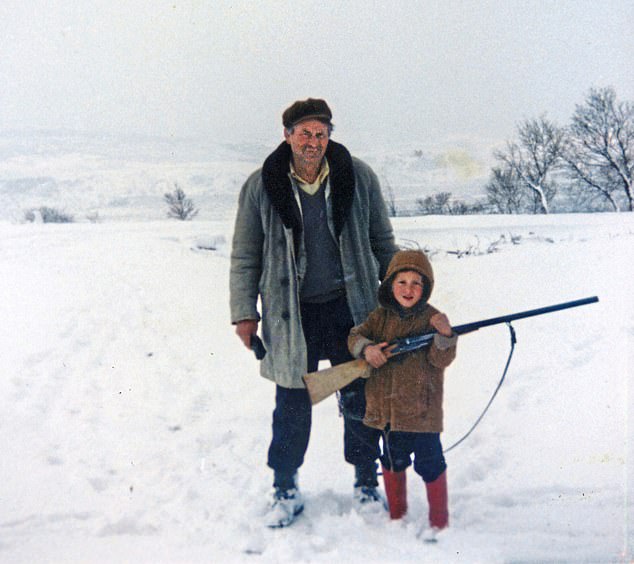 The traumatic demise of his grandfather 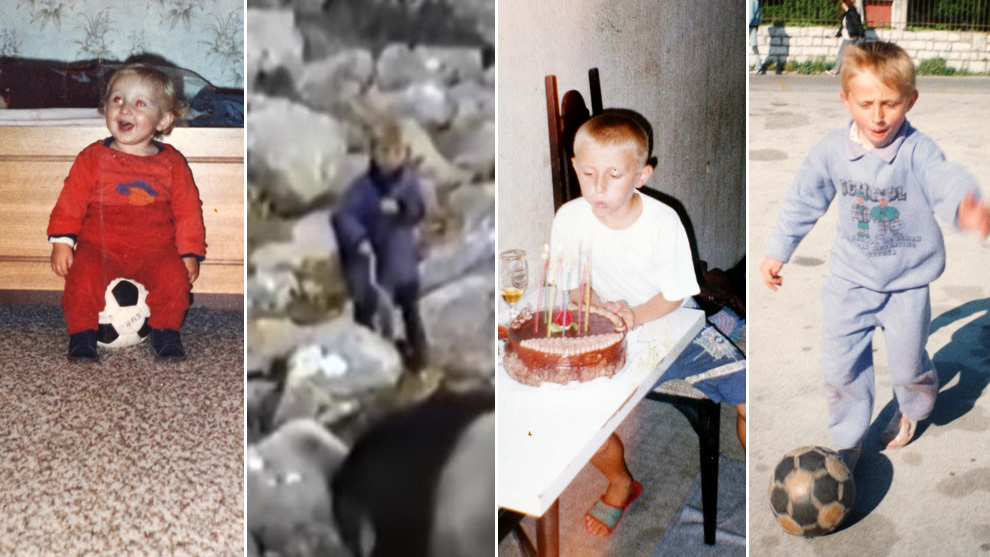 In 1991, Luka Modrić's family found themselves in an occupied area where raging members of the Serb, JNA, and Krajina armies began to carry out unprecedented terror against Croats who had failed to escape. One day his grandmother phoned to report that her husband had not returned from the pasture. A coexisting report said that a group of Chetniks had set out along the winding mountain roads earlier that morning, singing nationalist songs as they drove through the countryside. They came across Modric’s Grandpa as he was leading the flock of sheep and goats into the pasture and ran at him, screaming and shouting.

‘Who are you, what are you doing here? This is Serbian land,’ the report says they yelled at him. Then they mowed him down with a machine gun at close range and left him there and drove on to continue their rampage. They killed six more innocent men that day. None of the murderers was ever brought to justice. Modric’s father found his own father’s lifeless body and brought him home.

Modric recalls in his autobiography, ‘I didn’t know what had happened when they brought him to our house.’ ‘The only thing I felt was grief. My father put his arm around me and took me to the coffin and said, “Son, go say goodbye to your grandpa”. I wasn’t able to grasp that was the last time I would ever see him. My parents led me out of the room — they wanted to distance me from the tragedy. My heart breaks every time I think of him dying, literally on his doorstep.’

Life as a Refugee

After the funeral, the parents and little Luka somehow managed to move to Zadar. As soon as they left, they immediately set fire to their house - says Stanko Modrić, a close relative of the Modrić family, whose brother was killed in an ambush by Chetniks on March 8, 1992, just ten meters from their house in Modrići.

The war as he accepts, helped to shape his character and career. It comes from his childhood and the things he endured and the determination it bred in him that he would never give up no matter what anybody said about him. It comes from running for the underground shelter in Zadar when the sirens wailed to warn of an artillery bombardment.

When they appeared in Zadar as refugees, little Luka and his parents were accommodated in the Hotel Iž. Stipe Modrić soon found a job as a mechanic in the Croatian Army and, as the Iž Hotel is close to the NK Zadar stadium, he enrolled his son in a football school. Thus, life for the Modrić family, despite the war and poverty, began to normalize. The first coach of the young boy in NK Zadar was Davorin Matošević, today an old gentleman who fondly remembers the boy Luka.

Modric has carried his grandfather’s memory with him throughout all the triumphs that have marked his career. When he won the Ballon d’Or in 2018, he was there with him. When he achieved the greatest triumph of his club career, winning La Decima, Real Madrid’s 10th European Cup in 2014, he was there. When he led Croatia to the World Cup final in Russia, he was there. 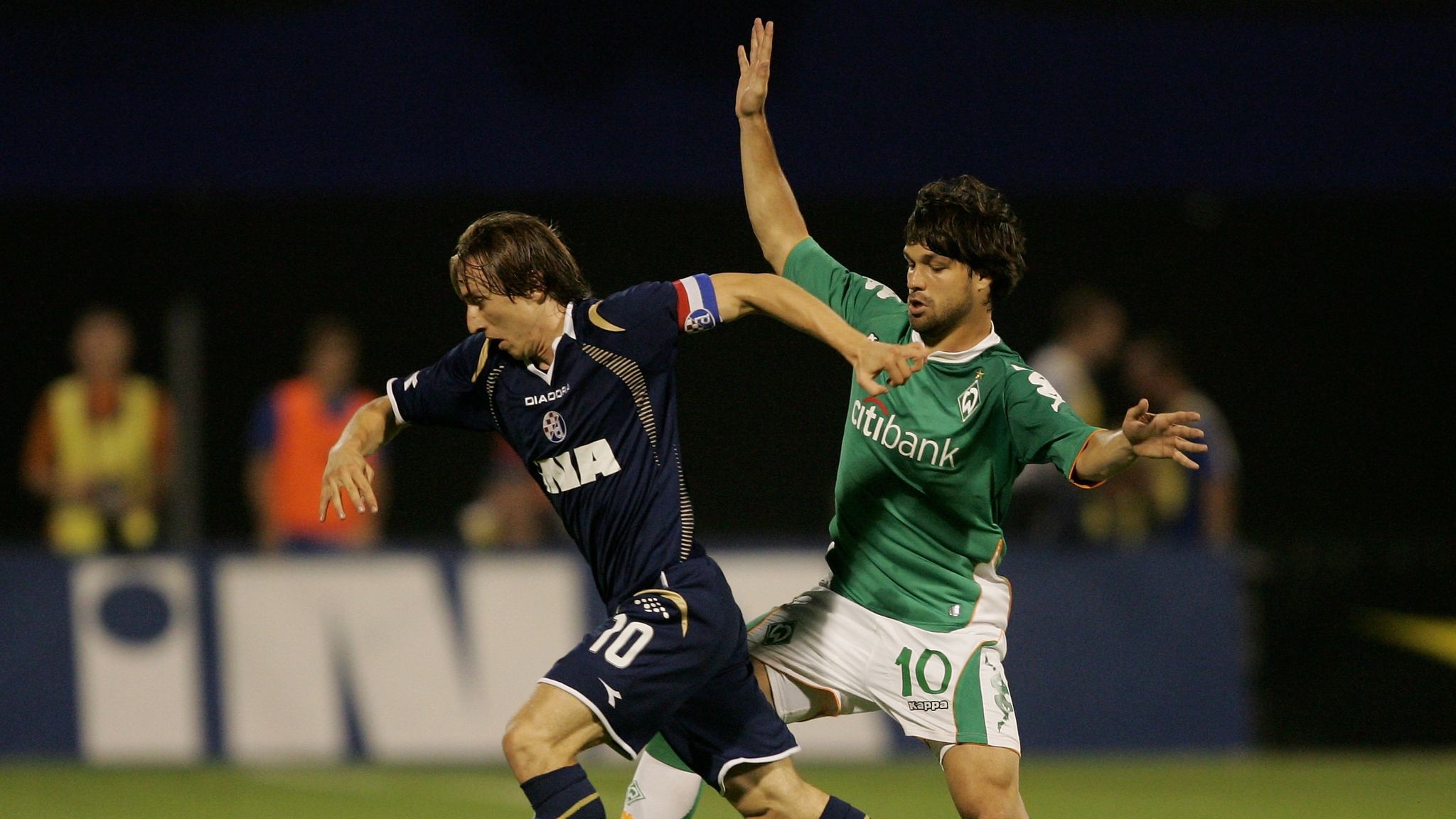 ‘I thought of my grandfather every time I won anything. I always remembered him. I would like him to see all the things I achieved. I would like to have him here with us but I am sure he is watching me from above and he is happy what I became and what I achieved.’

“My only advice to young kids is that: never stop believing in yourself, not even when people tell you that you cannot do this or this. It is the only way you can succeed in something, not just in sport, but in general. You have to believe in yourself, taking motivation from things people are saying. That helped me never to give up. I am a fighter in general and it never crossed my mind to give up because someone said something.”