With the top 2 almost guaranteed for Madrid and Barcelona, how will this season end for the rest of the top 9 teams? Here are turfFootball's La Liga predictions.

While Real Madrid and Barcelona are battling for the title, there are teams which are showing the fight for European qualification as well. Here are turfFootball’s predictions about how the teams apart from La Liga are going to fare this season.

Since the restart of the La Liga campaign, the Diego Simeone side has been in tremendous form. After winning 4 out of the 5 matches in the league, and drawing the fifth one, the Madrid side has obtained 13 points out of the 15 possible, and have moved from the 4th spot to the 3rd.

Marcos Llorente has been in great form and has now been taking on the attacking roles as well. While on the back Giminez, and Oblak have been very hard to be scored past. After keeping 3 clean sheets since the restart, they seem to be in a tremendous form.

The side has not been so efficient in the attacking side, as they have only scored 41 goals in the campaign. It is the 8th highest in the league. But on the defensive side, they have been as solid as a rock, as Atletico Madrid have always been. After conceding only 23 goals, they have the 2nd least goals conceded, only behind their city rivals, Real Madrid.

Their next fixture is up ahead Barcelona, which has been contending for the title and is a difficult tie for both the teams. But, Atleti has a four-point cushion between them and the 4th placed Sevilla. So considering their defensive performances, and their fixtures up ahead, they are sure to qualify for the Champions League. They are also likely to finish 3rd in the league standings.

European Chances - With Real, Barca and Atletico being up the charts, Sevilla are likely to grab the 4th spot. The side has had a decent run both in La Liga and In the Europa League in which they are yet to face Roma for their RO16 game. Therefore Lopetegui's side is expected to finish fourth on the table at the end of the season, which will see them in action in The Champions League.

Manager's tactics - Lopetegui has coached at all levels of the Spanish national side, winning the Under-19 European Championship in 2013 and the Under-21 equivalent the following year, although he wasn't much of a success at Porto.

Sevilla is third when it comes to the highest amount of short passes per game (behind Real Madrid and Barcelona), which shows that they like to control the game according to their play. The midfield tries to open the play, with Navas and Reguilon on the flanks to cross it in, the reason they have the highest number of crosses per game.

Use of high wing-backs is a major positive for Sevilla and it provides a real attacking threat, but it sometimes is a warning to the spanish side as it leaves the full-back position vacant, in case there is a counter-attack from the opposition.

However, it is evident that Sevilla likes to play with pace and width out wide, creating opportunities to score from both crosses and the central area, but in case the full-backs are restricted to make the runs, and the midfield is pressurized, it becomes a dicey situation for the Spanish side.

Villareal seems to be enjoying their top 6 status in the league this season, a sizable leap from the club’s 14th position finish last season. The recent 2-0 victory over Valencia resulted in a huge boost for the yellows and further widened the gap between the two. But with 48 points and 6 matches to go, reaching the top 4 does seem highly unlikely. Any slip-ups at this point will only mean one thing: ending up at the 8th position behind Los Murciélagos and La Real. And the yellow submarines seem to be willing to give it their all to not drop any lower in the table this time around.

If things go right and the team manages to stay overhead the very desperate Valencia and Sociedad, Javier Calleja’s men could be looking towards a re-entry in the Europa League, which they last got to play during the 2018-19 season. However, this doesn’t come free of complications. Of the 6 matches left, 2 are against table-toppers - Real Madrid and Barcelona, both of which plan on winning the title and won’t stop in what could be either team’s rise to glory. Seeing this, Eibar and Real Betis might just be the last two flickers of hope for Villarreal.

Talisman and goalscorer Gerard Moreno and the newly signed Santi Cazorla have both played a pivotal role this season. With a combined score of 21 goals and 11 shared assists, Estadio de la Cerámica will be pinning its hopes on these two to help secure the club its European spot on the table. The ex-Barcelona forward Paco Alcacer having scored 4 goals and assisted 2 in the limited game time he has gotten, could also step up to the occasion and become a player to be on the lookout for.

Javier Calleja has been very experimental with his formations this season. Although his preferred 4-2-3-1 formation hasn’t proven to be successful, Villarreal’s recent draw with Sevilla portrayed the effectiveness of the double striker 4-4-2 formation, along with a 4-1-4-1. These tactics have resulted in losing a mere 5 out of 21 games and might just come in clutch for the club during its last 6 games. As for the board and the fans, they’ll have to continue cheering for the yellows and placing their hopes on Cajella’s decisions. 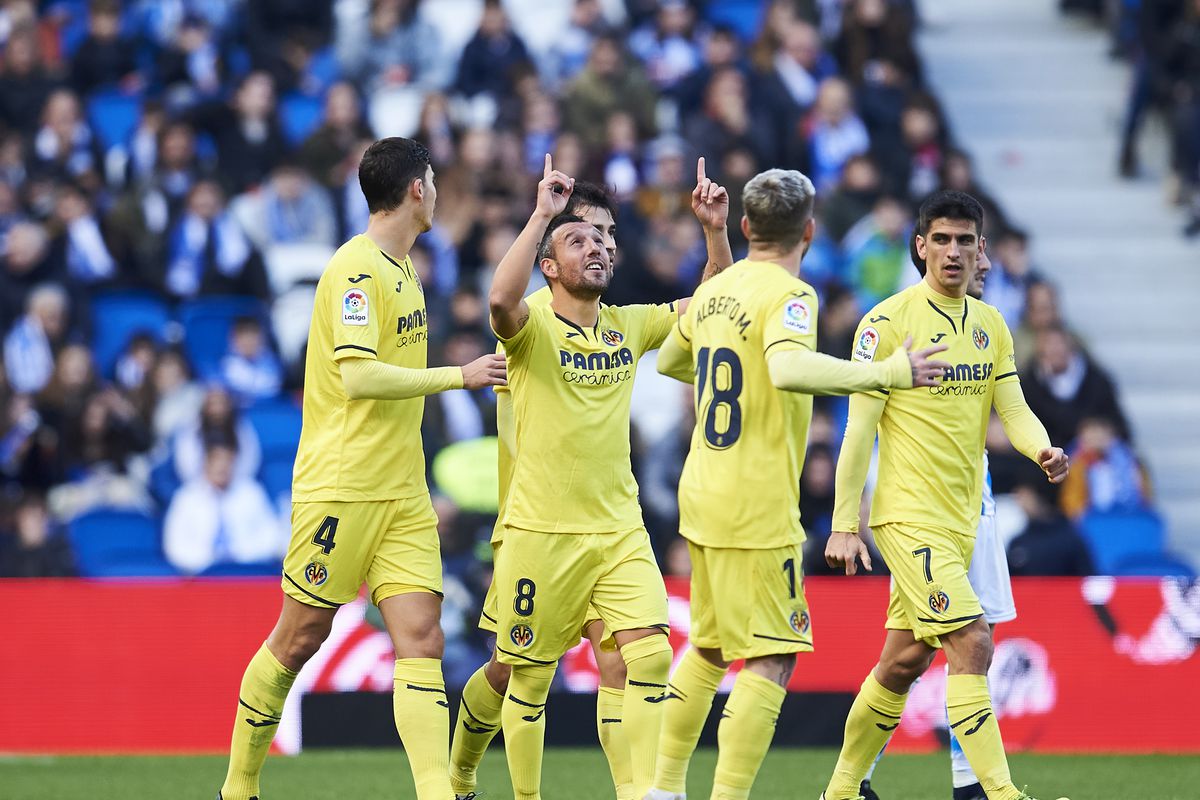 LaLiga resumed on 11 June 2020 after an unprecedented lengthy break due to the COVID-19 outbreak. Getafe and the likes of Real Madrid and Barcelona needed to play their 11 remaining games in the space of five and a half weeks.

Amid a customary seesaw battle for the title between the two traditional Spanish powerhouses, a relatively less recognized team from Madrid has been contradicting theories of modern-day football data analytics.

Getafe CF’s points tally is the fifth-best in La Liga this season. Is it a stroke of luck or due to a unique playing style? Let’s find out.

After a 12 year stint in Spanish top division. Getafe was banished after finishing the 2nd from the bottom in the 2015-16 season. The management then decided to hire Jose Bordalas as their new manager, at that time Bordalas was sacked by Deportivo despite leading the side in the top 10 in his first season in charge of Alves.

The ex-Deportivo boss led Getafe to 8 place finish in his first season.

Since then under the leadership of Bordalas, the club came 5th in 2018-19 season( best season in the club history )

Getafe is currently place placed 6th in 2019-20 la Liga table, having demolished Ajax in the round of 32, the club awaits their round of 16 ties against Inter Milan in the Europa league once recommenced.

Getafe’s stellar rise can be presumably attributed to their defensive solidarity. Jose Bordalas prefer to play with an orthodox 4-4-2 formation.

the formation that seems 4-4-2 on paper adapts to a 6-2-2 while defending, the wingers employed in the system are equally proficient and experienced in playing defensive roles.

As far as Getafe's attack is concerned, the club is an intimidating counter-attacking side. The team attacks through the middle on counter-attacks and prefers to launch crosses from wide areas when dictating possession in the opponent’s half.

Since la Liga reopened Getafe has won only one game, with 3 draws and lost 1

This leaves an enigma in their mind can they fix their slot for Champions League or they have to satisfy themself with the Europa League.

La Real had started the season wonderfully and made inroads into the top 4 and were placed at 4th position before the break. In their last 7 games, Real’s have managed to get only one win and only 4 points out of possible 21. This awful run of form has seen them drop from 3rd position to the 7th position. Sociedad have been on a winless streak since the return and it looks like what could have been their breakthrough season has been derailed by the break. Chances for European Football for La Real’s look bleak this season, they have lost their momentum due to the COVID-19 break and have failed to get into the groove ever since the return. Sociedad still has some tough games remaining with their last 3 games against the Villareal, Sevilla and Atletico Madrid in order. With defeat against Getafe, Sociedad are now 7 points adrift from a CL berth 4 points from a spot at Europa League. The fate of Sociedad’s European chances rests on the performance of other competitors for the spot.

The 23- year old Spanish winger Mikel Oyarzabal has been the top player for La Real’s this season with 9 goals and 6 assists to his name. The Real Madrid loanee Martin Odegaard has been a revelation at the club and has been the backbone of the spectacular season for La Real. He already has 5 assists to his name. Cristian Portuges Manzanera and Mikel Oyarzabal have caused problems for the oppositions on the flanks. Portu leads the assists chart with 8 assists for La Real.

Imanol Alguacil has been involved in Real Sociedad’s management from 2011 working with the youth and B squad. Imanol Alguacil was promoted to the main team in 2018 after sacking of Asier Garitano in December 2018. Alguacil’s both strikers, young Alexander Isak and veteran Willian Jose have flourished in the flexible 4-1-4-1 and 4-2-3-1 system. The most important part of Alguacil’s system is his unconventional wide midfielders Oyarzabal and Portu. Their crosses have been a constant threat to the opposition this season. Martin Odegaard plays a key role in the transition from defence to attack for the blue and whites. 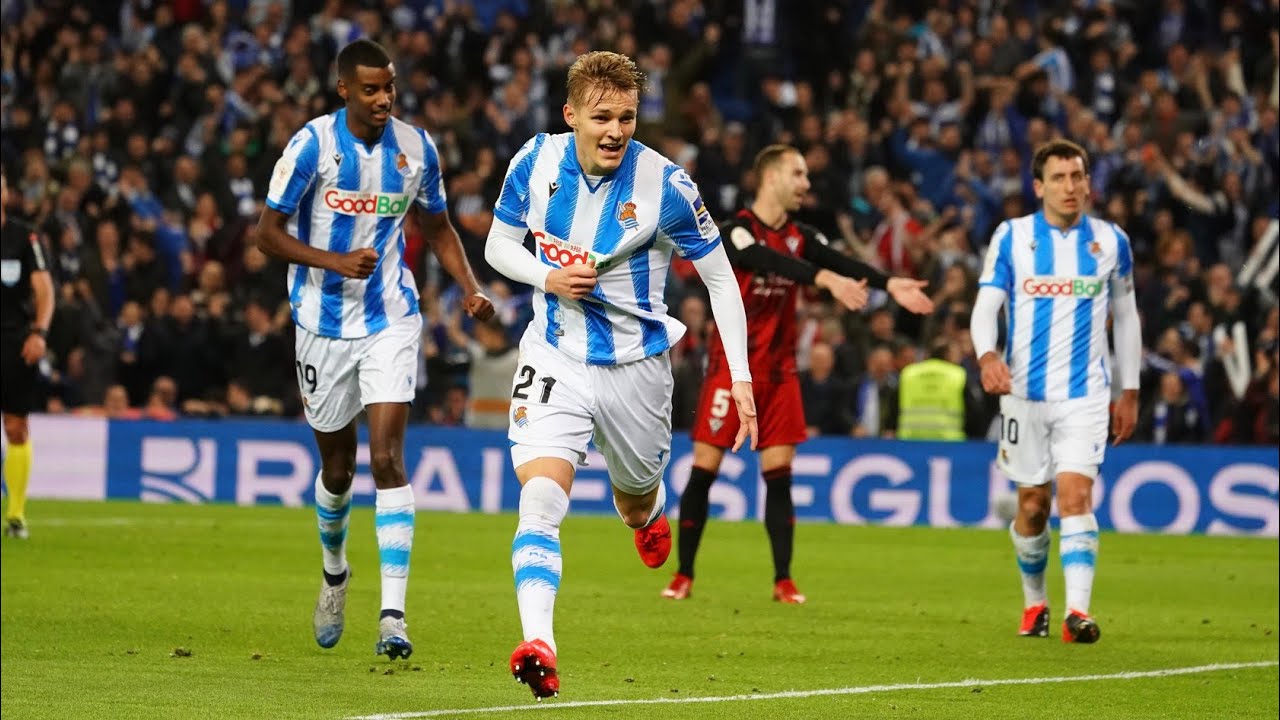 After a brilliant season with Marcelino last time, Valencia came into this season with high hopes. However, this season, soon turned out to be a nightmare for them. Marcelino was sacked a month into the season due to a series of disappointing results and young coach Albert Celades was signed. Celades started off on a low as well, getting just 1 point in his first 4 games, provided that was probably Valencia’s toughest stretch of fixtures this season. He did manage to stabilise the side though and get them back into the top 10 as the season proceeded.

The main reason for Valencia’s unsuccessful season has been their defense. They have conceded 46 goals in the league till now, which is the 6th worst in the league. Their star striker Rodrigo too hasn’t been as prolific as he has been in the previous seasons. On the bright side though, consistent performances from their captain Dani Parejo and their young talent Ferran Torres have been the positives for Valencia.

After the Coronavirus break, Valencia resumed fighting for a European spot, but this season just seems to not be theirs. They have only managed to win 1 out of their 5 games since the restart. The news came in recent days that Celades has lost the dressing room and players are just not willing to play for him anymore. This was verified after his sacking yesterday. Valencia Football Club is facing one of their biggest turmoils right now, hence it seems unlikely that they will perform any better in their remaining games. turfFootball predicts an 8th place finish for the club.