This title race has been one of the best in recent times. The fans have chosen sides, placed bets and are enjoying this magnificent battle for Spanish glory.

Quique Setien’s side dropped two points in a goalless draw on Friday night against Sevilla. Ex-Real Madrid coach Lopetegui’s side opened the doors of the title race wide open. Los Blancos can have the upper hand depending on tonight’s Sociedad fixture, courtesy of their superior head to head goal difference against FC Barcelona.

Here, we analyse the title race from the angles of Barcelona and Real Madrid, by Sai Thete and Abhyudita Singh!

Considering Real Madrid’s current form, Barcelona will have to pin their hopes on Real Sociedad and this is quite ironical. As far as the home games are concerned Barca have managed to impress their fans as they have turned Cap Nou into their fortress. 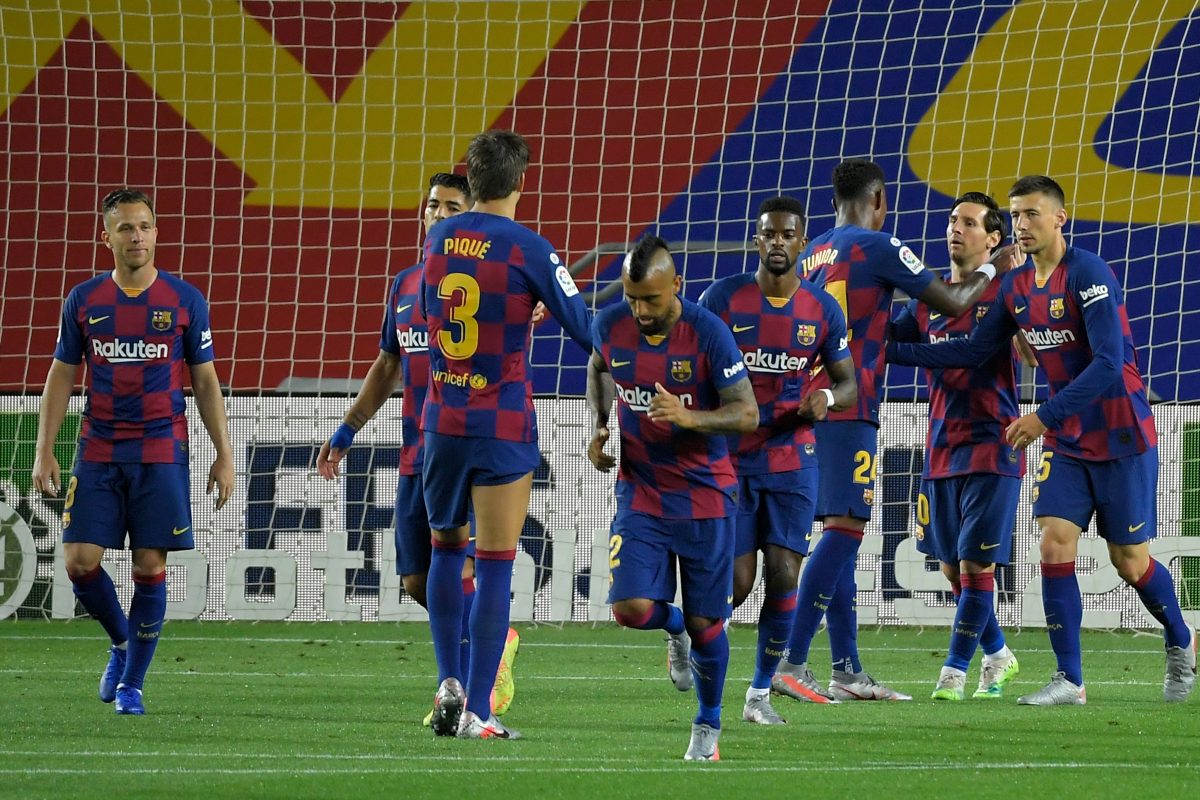 Barcelona’s upcoming home fixture against Atletico Madrid on 1st July is an important game where their dominance will be tested. On a good day, Diego Simeone’s side has the firepower to steal the three points from Barcelona. They must learn from their mistakes in the Sevilla game and introspect.

The next match for FC Barcelona is a home game against Athletic Club Bilbao on Tuesday. Gaizka Garitano’s side have beaten Barcelona twice this season already. They knocked the reigning La Liga champions out from the Copa del Rey quarter-finals with Inaki Williams scoring the only goal of the match. Barcelona’s history against Bilbao can be seen as a positive in Madrid’s favour in the La Liga title race.

Against Sevilla, the average age of the team was 30.7 and this was the highest in the entire history of the club. Barcelona have been poor with squad rotation this season and this is something that the opposition can take advantage of. Setien believes the substitution rule will help teams play against Barca. 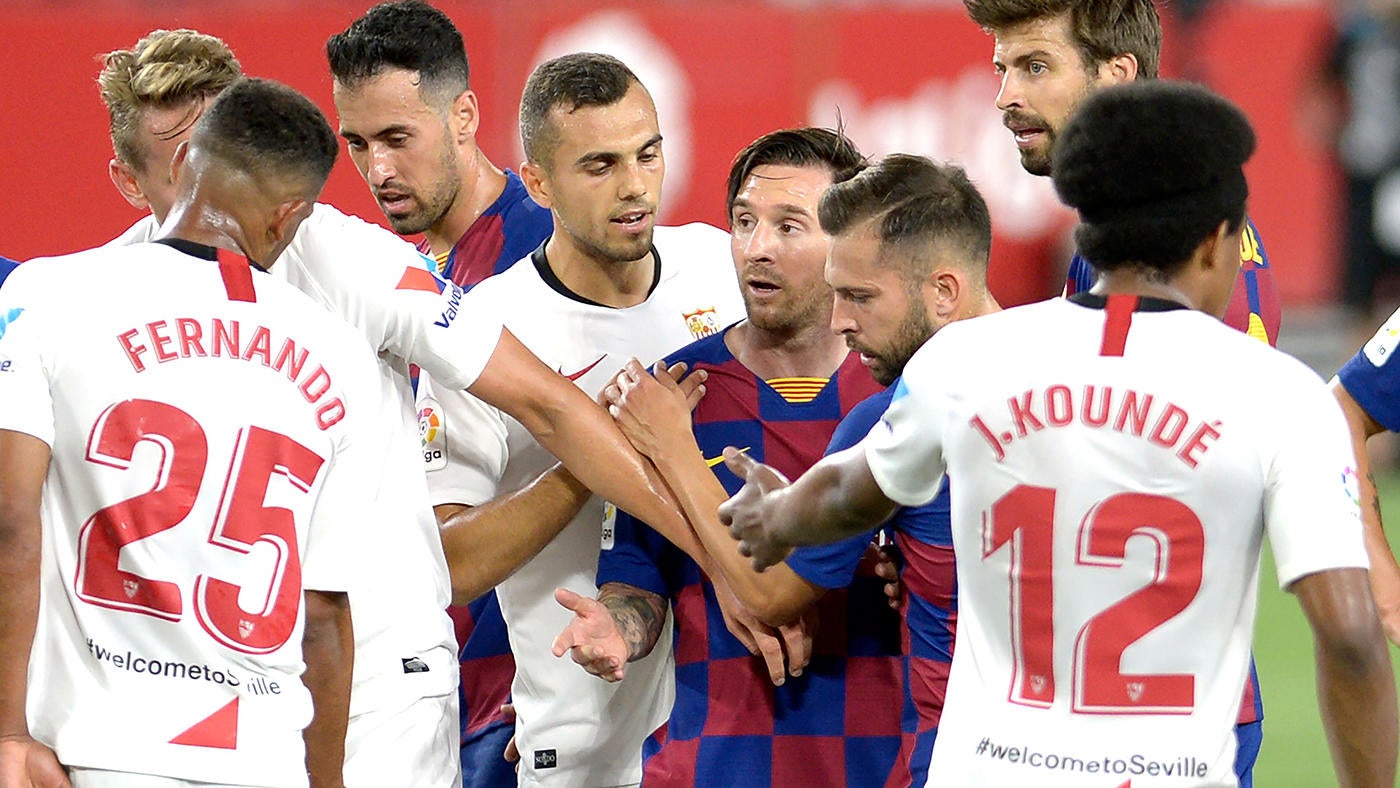 At times, it seems that Barcelona doesn’t have attacking options to pass to. The forwards are unable to make deeps runs. This doesn’t allow the midfielders to pass upfront and Barcelona end up with sideways passing which causes to penetration. What is shocking that Barcelona have lacked team synergy since 2017. They have preferred to rely on the big names than focus on a good structure. So, Barcelona must look to build up their game through a proper structure. Lionel Messi’s form and fitness in the upcoming games will be key factors as Barcelona look to lift their third consecutive league title.

Real Madrid have been in sensational form since the resumption of La Liga after the pandemic. They have beaten Eibar and Valencia at home and scored 6 goals while conceding only 1. The goals have come from players in all positions with Ramos and Marcelo scoring one each after Kroos opened the scoring against Eibar. Benzema scored a brace against Valencia along with Asensio’s first touch goal after his return to La Liga after almost a year. Hazard has been in sensational form as he has been selflessly providing assists. 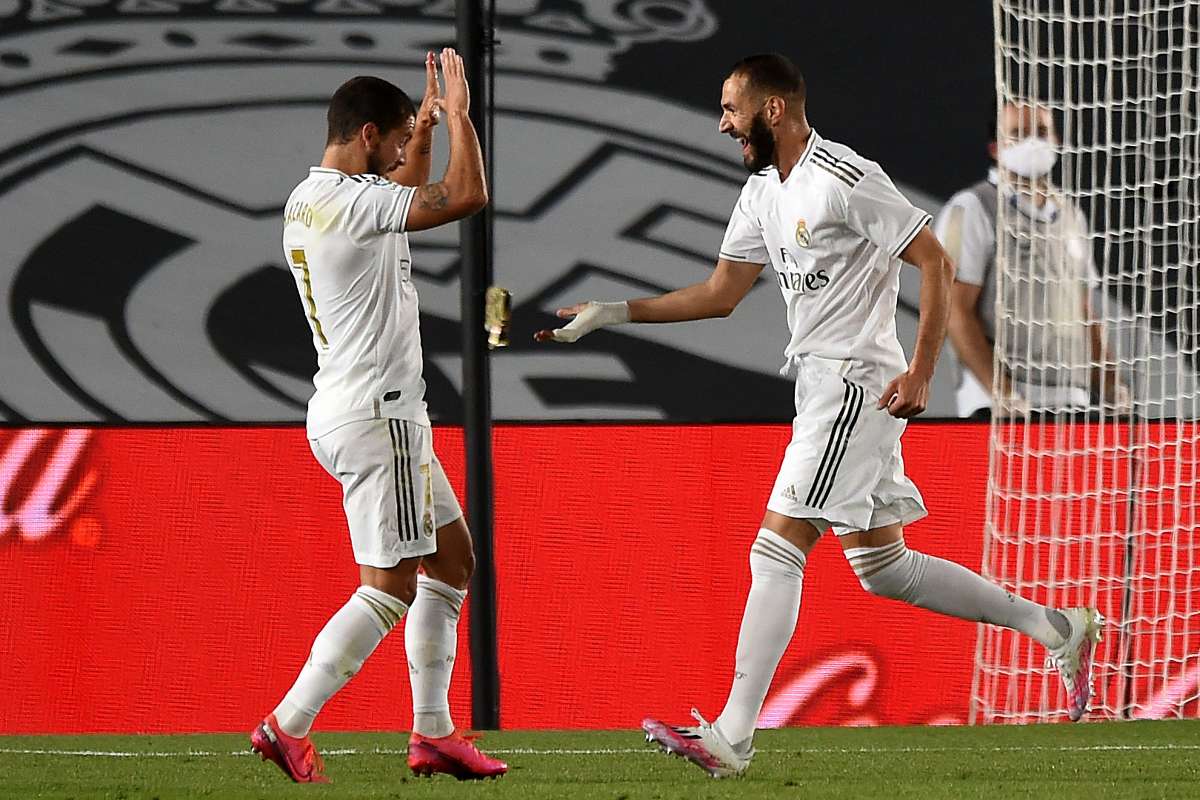 The whole squad along with Zidane is all set to give a cut-throat fight in the title race. Real Madrid has realized that they could win La Liga this year and their morale seems to be high. However, Real Madrid have struggled with their lack of consistency and complacency this season. This was seen in the latest El Classico where Madrid won 2-0 and reached the top of the table. In the next game, they failed to score and gave Barcelona a clear path to the top.

Tonight’s game against Sociedad will be a key factor in deciding the future. Sociedad knocked out Madrid in the Copa del Rey quarter-final with a score of 4-3. However, the team has been out of form and lost and drew their last two games since the restart. The form of the players has been impressive but problems may arise due to fatigue. With a game almost every other day, the players have to train regularly without rest. In such a situation, it will be interesting to see how Zidane manages the squad and rotates the players.

This title race has been one of the best in recent times. The fans have chosen sides, placed bets and are enjoying this magnificent battle for Spanish glory.