With Madrid and Barcelona both refusing to drop points, the title race is as intense as ever. Here's turfFootball's La Liga Weekly covering Matchday 29 of La Liga.

Matchday 29 in La Liga saw a number of draws. 5 of the 10 games played ended with the teams sharing points. Here’s turfFootball's La Liga Weekly covering the midweek Matchday 29 of the Spanish League!

This was an evenly fought game. Sevilla dominated the possession but both teams had nearly the same number of shots on goal. Former FC Barcelona forward Munir El Hadadi almost scored from a free-kick at the 15th-minute mark. Sevilla took the lead just after the half time break with Dutch Striker Luuk De Jong finishing a close-range strike assisted by Munir. Sevilla looked on course to defend their slender one-goal lead and take home 3 crucial points ahead of their clash against FC Barcelona at Ramon Sanchez Pizjuan. Their plans were ruined by Levante’s Jorge Miramon, who scored in the 87th minute and levelled the game handing Sevilla a frustrating draw.

It was one of those matches where the final result cannot justify the way the game was played. Real Betis dominated the entire game with 80% possession and 19 shots on goal compared to Granada’s mere 7 shots. Against the run of play, in the 29th minute of the game, Granada took a 1-0 lead through a fast counter-attack finished by Carlos Fernandez who is on loan from Sevilla FC. Betis continued to dominate possession for the remaining part of the game. Sergio Canales, former Real Madrid midfielder converted a penalty conceded by Jesus Vallejo in the 85th minute. This was first of the three goals in the most epic last 10 mins in the La Liga Santander in recent times. In the 88th minute former FC Barcelona and La Masia graduate Cristian Tello scored from outside the box assisted by Nabil Fekir giving Betis the lead. There was still more drama left in this game as former Real Madrid and Tottenham forward Roberto Soldado sent home a left-footed shot and levelled the game 2-2. 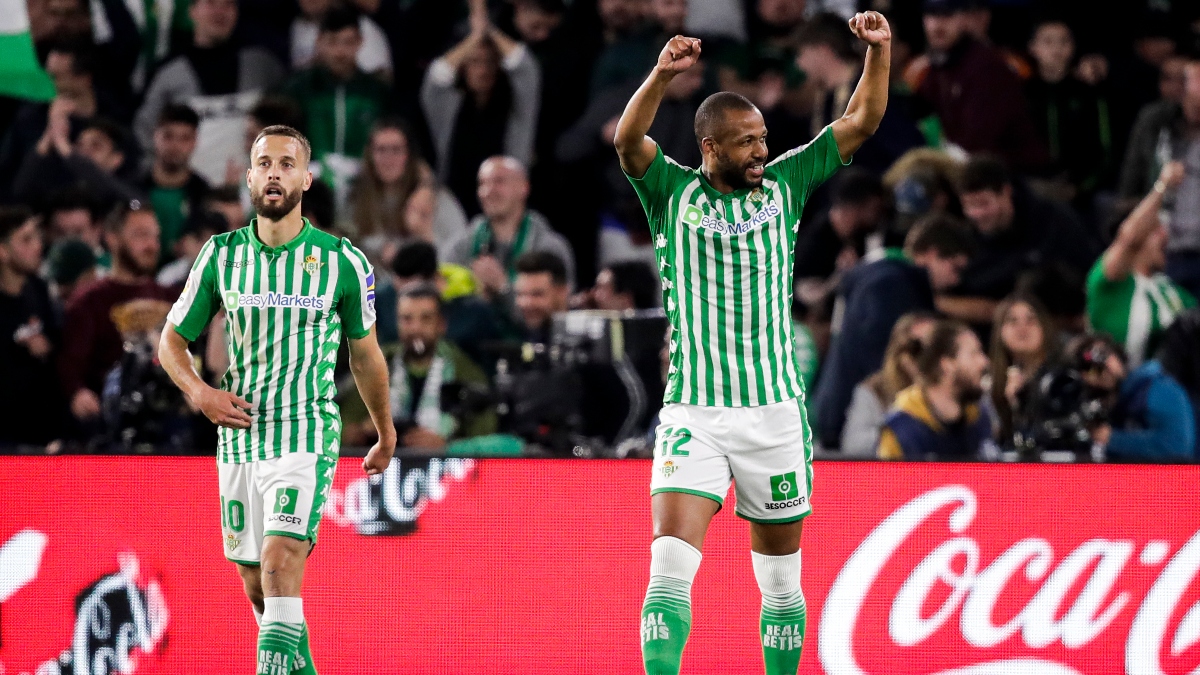 Espanyol failed to carry on their momentum from their 2-0 victory against Alaves in the last matchday. Getafe dominated the majority of the game with 70% possession and 16 shots on goal compared to Espanyol’s five. Espanyol were reduced to 10 men in the 16th minute with Espinosa being the man reprimanded for his violent conduct after a foul committed by him. Series of bad finishes meant Getafe were not able to find the back of the net and had to settle for just 1 point. On the other side, Espanyol were lucky to have got that 1 point on the road going into the final stage of the relegation battle.

Mallorca went into the game, hoping to salvage some points to help them in their relegation battle. Villareal forward Bacca’s 16th-minute goal though, shattered their hopes. After this early setback, Villareal were forced to catch up and their toothless attack failed to do so. To their credit, they did manage to create some chances, the lacking final touch hurt them though. Villareal were happy to sit back, pass the ball around and tire Mallorca out. The game ended with Bacca’s goal being the only difference between the two sides.

This game was a very important one for both sides. For one to keep fighting for the title, and for the other side fighting relegation. In the starting phase of the match, the Catalunya side seemed to face some defensive problems. They were saved by their French defender from Sevilla, Clément Lenglet, with a goal-line clearance. Leganes even managed to hit the post once. Soon enough though, they started to get back on their feet. The first half ended at 1-0 for Barcelona with a goal from the Barcelona prodigy, Ansu Fati, in the 42nd minute. Barca enjoyed 80% possession in the first half. In the second half of the game, the Barcelona captain, Lionel Messi, won a penalty and converted it in the 69th minute. Barcelona's main CB, and their leader in the back, Gerard Pique, suffered an injury and was substituted in the 73rd minute. The substitute Samuel Umtiti also received a yellow card, and thus Barcelona would really be hoping that Gerard Pique's injury is not serious, as they have their next matchup against Sevilla which shall be an important match to keep them in contention for the title. Overall Barca had a pretty comfortable match. 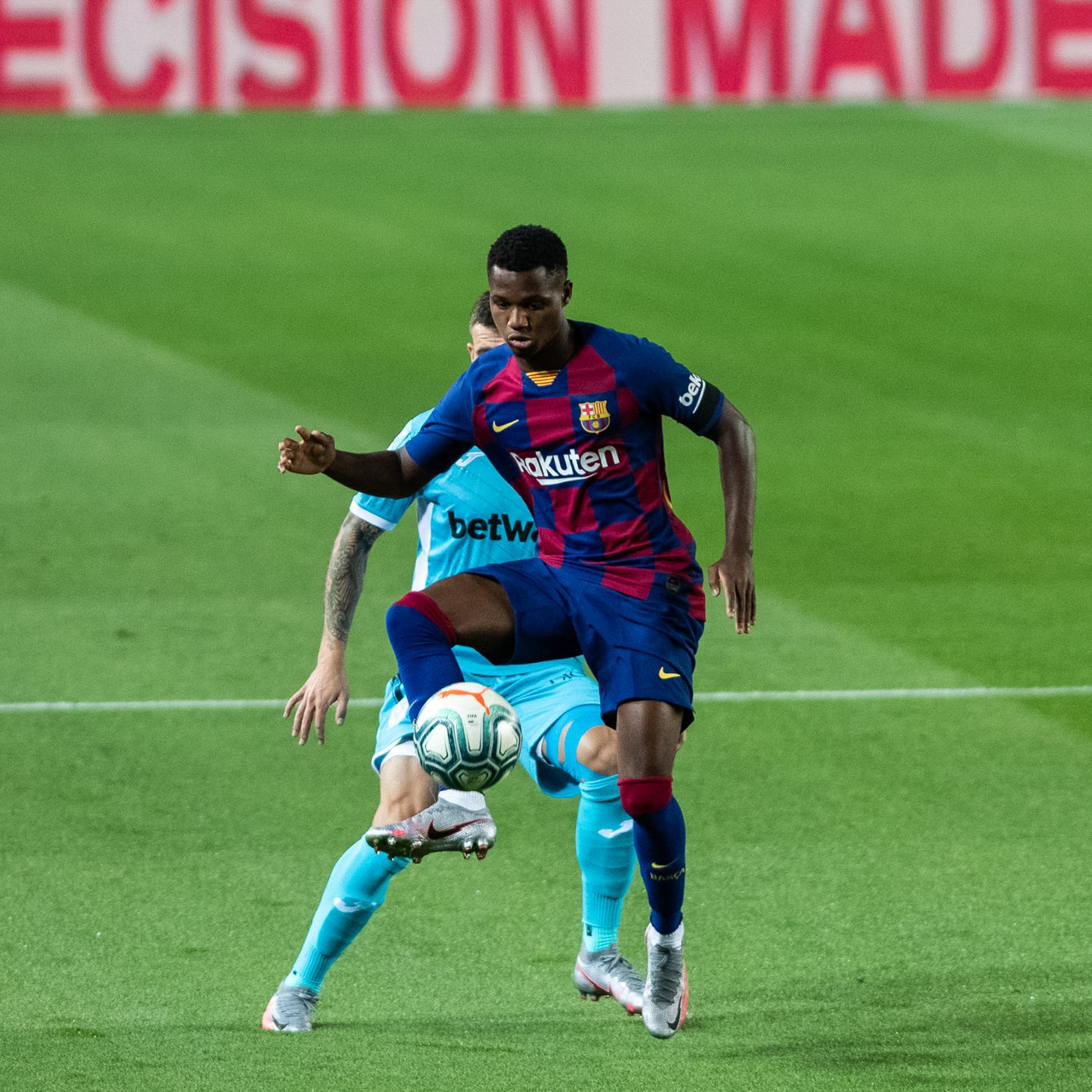 This match didn’t prove to be as exciting given the positions of these teams in the lower bottom half of the league table. Both teams lacked the attacking instinct. Celta couldn’t make much use of the possession. Either of the team came closest to scoring with Iago Aspas’s missed penalty in the 71st minute of the game which could prove to be crucial in the relegation battle as Vigo are just 2 points shy from the relegation zone. With games against Sociedad and Barcelona coming up 3 points away from home would have lifted the team’s morale.

The 16th place Eibar hosted the 10th place Athletic Club on 17/06/2020(CET) and was probably the only match that had some live audience watching the match(from the houses nearby). The game was pretty evenly matched, as almost all of the stats remained equal. Both the teams managed to net 2 goals and conceded two goals at the same time. Both the teams gave away a penalty and conceded one. The match was opened by Raul Garcia, the Athletic Club striker who managed to score from 12 yards at the 8th minute. However, SD Eibar managed to level the score in the 19th minute from a Kike header, assisted by Pedro Leon. The first half ended at 1-1. The second half also seemed to be evenly matched. However, Dani Garcia gave away a penalty to the relegation contender SD Eibar. Their star man Orellana stepped up to take the penalty and the Athletic keeper Unai Simón almost saved it. He had a hand on the ball but unfortunately was jumping to the opposite side. But Athletic Club did not have much problem in levelling up the score. Their striker Asier Villalibre managed to score from a Dani Garcia cross and the match ended in a 2-2 draw. With both teams having 48-52% possession of the ball each, and both teams committing an almost equal number of fouls and getting an almost equal number of yellow cards, the match was as even as it gets.

The 11th place Osasuna, hosted the 4th place Atletico Madrid on 17/06/2020(CET). The visitors had a pretty easy match as they destroyed the Pamplona based CA Osasuna. The Madrid side had only 1 goal before the half time but demolished the weak Osasuna defense in the second half with 4 goals. 3 out of the 4 second-half goals came in the final 11 minutes of the game. Although Osasuna tried their luck on the goal, none of the strikes seemed to challenge Atletico's keeper, Jan Oblak. The sturdy Atletico defense managed to keep the opponents at bay. The young Portuguese striker managed to net 2 goals, whereas the ex-Real Madrid player, Marcos Llorente scored one, and assisted two for the Madrid side. The Atletico Madrid side would be in high morale and will be looking forward to their match vs Real Valladolid. 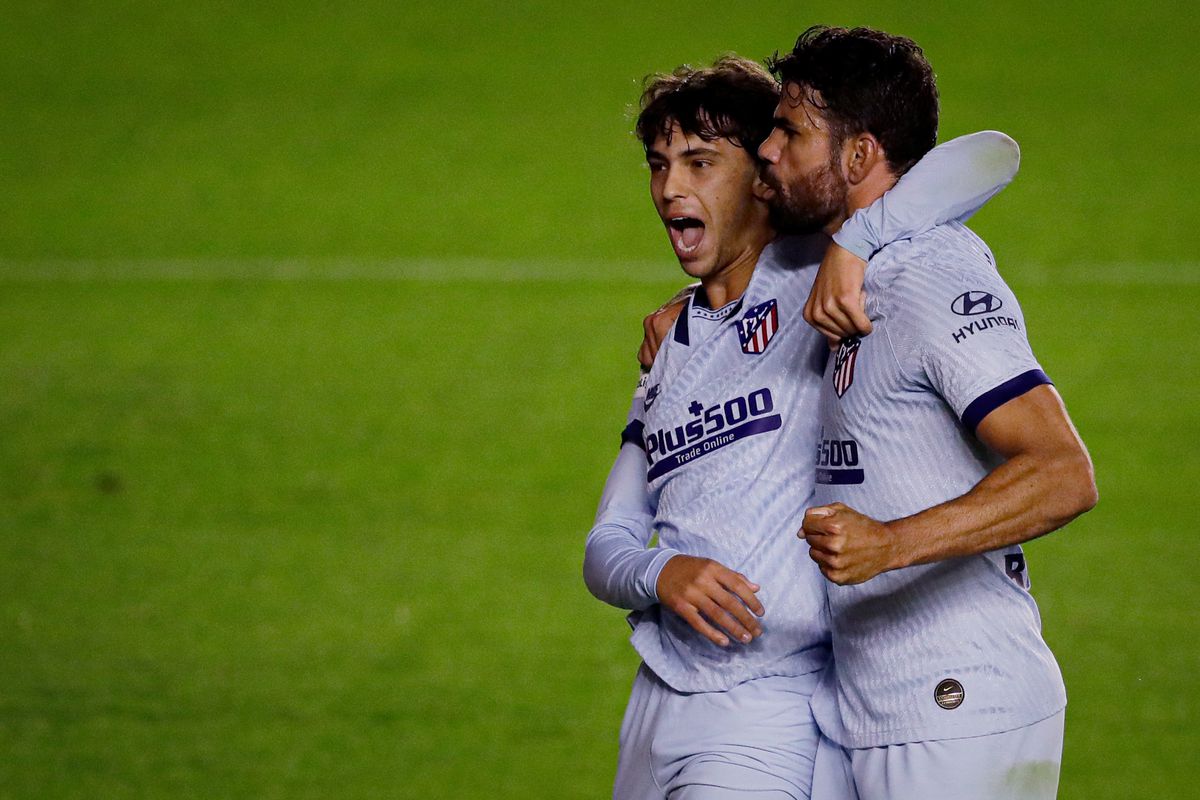 For La Real, this was a very important game. Atletico had demolished their opponents the night before and they needed to get the full 3 points to stay in the top 4. Alaves though, had other plans. They went into the game with a mission and completely outclassed the Basque team. The first half ended goallessly but Alaves were clearly the better team with Sociedad failing to register a single shot in the first 45 minutes. 10 minutes into the second half, Alaves opened the scoring through Borja Sainz. Red cards for both teams in the last 10 minutes of the game spiced up the contest. Thanks to substitute Aguirregabiria’s goal in the injury time, Alaves topped off a perfect performance.

In all the remaining games post the restart of the campaign, this was being cited at Real Madrid’s toughest challenge. Real Madrid came out all guns blazing just like they did against Eibar, but they failed to find the back of the net due to some nice goalkeeping from the former Barca man Cillessen and rock-solid defending from the 20-year old Valencia center-back Guillamon. After weathering the initial storm, Valencia started to grow into the game. Rodrigo managed to hit the post and Valencia even beat Courtois on one occasion but their celebrations were ruined by VAR. Hence, the first ended with Valencia having the better chances. The second half though was a completely different story. Real Madrid took the game by the scruff of the neck and starting creating chances after chances. They finally managed to break the deadlock through a link-up between Modric, Hazard and Benzema. In the 74th minute of the game, Zidane substituted Valverde for a returning Marco Asensio and thus began the real story of the game. Asensio scored with his first touch in 9 months when he hammered a Mendy cross right past Cillessen. He later provided an assist to a brilliant Karim Benzema volley, completing a dream comeback. Hence, Madrid came on top in this fixture. 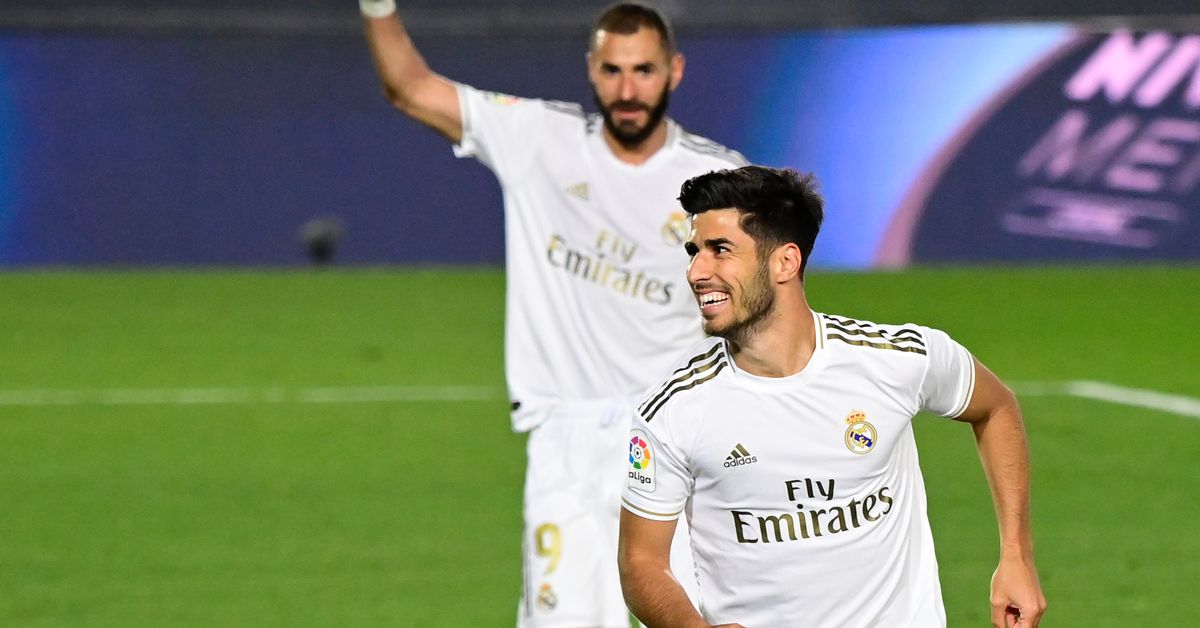