The title, the European spots, and the relegation battles all became clearer in the Matchday 36 of La Liga as we reach the climax of the season. Here’s turfFootball’s La Liga weekly.

For Celta a win in this game would have meant a guarantee of staying in the top flight next season. They opened the scoring through a Santi Mina goal in the 10th minute of the game but just 12 minutes later Osasuna put one in as well when Enric Gallego beat Villar. The game saw many other chances as well but none were converted. The match seemed to be heading towards a draw but Jose Arnaiz ruined the party for Celta in injury time. A loss means that Celta will still have to win at least one of their remaining two games or hope for a stumble from Mallorca in order to avoid relegation.

If the Villareal game was a hopeful one for Barcelona, the last two games have been humbling. Just like Espanyol did last week, Valladolid posed all sorts of problems for Barcelona. Barcelona got an early lead game courtesy to an Arturo Vidal goal, but instead of building on the momentum, they were found defending the slight margin for the rest of the game. Valladolid were decent going forward and managed to pull off a couple of great shots on target but were denied by a rock-solid Ter Stegen. In the end, though Barcelona managed to scrap through a victory, Setien and co definitely have things to sort out.

Atletico Madrid has been in scintillating form since the restart of the league, but this was definitely one of their toughest outings after the break. The game was evenly poised when Alvaro Morata beautifully chipped the keeper to hit the back of the net. His goal though was disallowed in yet another controversial VAR decision.  After a goalless first half, Atletico’s second half beginning was a nightmare, Mario Hermoso received a direct red card for a harsh studs-up tackle leaving Atletico one man short. Betis, however, could not take advantage of this. Diego Costa headed a Carrasco cross in, in the 74th minute to finally break the deadlock. This Costa goal was enough to give Rojiblancos the win thanks to the tremendous grit they showed while essentially playing the second half with just 10-men.

The match was pretty much a formality as the season has almost been over for both the sides, with one being relegated and the other just ducking one. Los Armeros(Eibar) had a rather comfortable match-up and enjoyed most of the ball. Espanyol didn’t really seem to have a real goal scoring chance throughout the game. Both the Eibar goals came from penalties, which were in turn caused by handballs. Diego Lopez was unable to touch the ball for the first goal, but he managed to save the other penalty. Unfortunately for him, the rebound fell back at the feet of Edu Exopsito, who managed to guide the ball home for his second goal of the match.

The game was pretty important for Athletic Club, in order to keep their slim chances at European competition alive. Raul Garcia, the Bilbao striker stepped up for the match and scored 2 goals. The first goal came as early as the 4th minute, as he placed the ball beautifully from an Oscar de Marcos cross. The second goal for Raul was an excellent chip over the head of Aitor Fernández, the Levante stopper. Although Levante was able to score one goal, the win seemed to be far-fetched for them. Los Leones clearly deserved the win that they got.

The match was yet another display of the poor form of Valencia in this season. Los Murcelagos(Valencia) have just not been very good in the first third of the pitch. This loss against a relegation facing Leganes was surely a big set-back for Valencia. The one and only goal of the match came from a penalty, after a handball in the D-box. The ball was comfortably pushed across Jaume Doménech. The other highlight of the match was the red card of Valencia left wing-back Jonathan Silva, early in the second half of the match. Leganes were able to pull-off a though one, but will most probably be relegated at the end of the season.

The match was a very easy fixture for the 4th placed Sevilla against the relegation facing Mallorca. The loss of Mallorca has now kind-of fixed their relegation. Mallorca just didn’t seem like a real competition to Sevilla who ran over them. The first goal of the game was scored by the Sevilla star-man, Lucas Ocampos, who has been in  tremendous form. The chance came from a penalty, caused by a handball. The second goal of the game was a tremendous one, as Youssef En-Nesyri scored one above the head of Manolo Reina, who was a long way from home. The match was a major let-down for the Vicente Moreno side.

Real Sociedad got the better of the Yellow Submarine in what can be said to be the most important encounter in the battle for a spot at the UEFA Europa League. This was Real Sociedad’s only 2nd win since the restart. With Getafe drawing against Alaves, La Real’s now sits at 7th position behind only on goal difference. Even after 2 defeats in consecutive home matches, Villareal sit comfortably in 5th position.

All the 3 goals were scored in the last 30 minutes of the game. Goals from Llorente and Willian Jose gave them a 2-0 lead, however, the magical midfielder Santi Cazorla once again stepped up and narrowed the lead. Real Sociedad managed to have the possession of the ball in the last few minutes and won a hard-fought game.

It looks like the relegation battle has reached the finishing line, with this draw Alaves are now 4 points above the 18th placed Mallorca. However, the battle for the last slot for European qualification still hangs in balance with multiple takers still in the race.

This goalless match was arguably the drowsiest match of the matchday with both teams failing to convert the chances they had. Getafe’s late goal was overturned by VAR. Too many fouls in the second half of the game meant that injury time was needed to be around 11 minutes stretching the game over 100 minutes.

With the 9th consecutive victory since the restart, Zidane’s men now are in touching distance of their 34th league title. The Champions elect have shown character on various occasions and will lift their truly deserved title. On the other hand, a loss for Granada meant that they have now slipped to the 10th position. UEFA Europa League spot looks like a distant goal at the moment for the Nazaries.

Los Blancos dominated the first half of the game scoring 2 beautiful goals from Ferland Mendy and Karim Benzema. However, momentum shifted after Darwin Machis reduced the lead just 5 minutes into the second half. Granada posed multiple problems to the Real Madrid team but Zidane’s men managed to withstand the pressure and came out victorious. 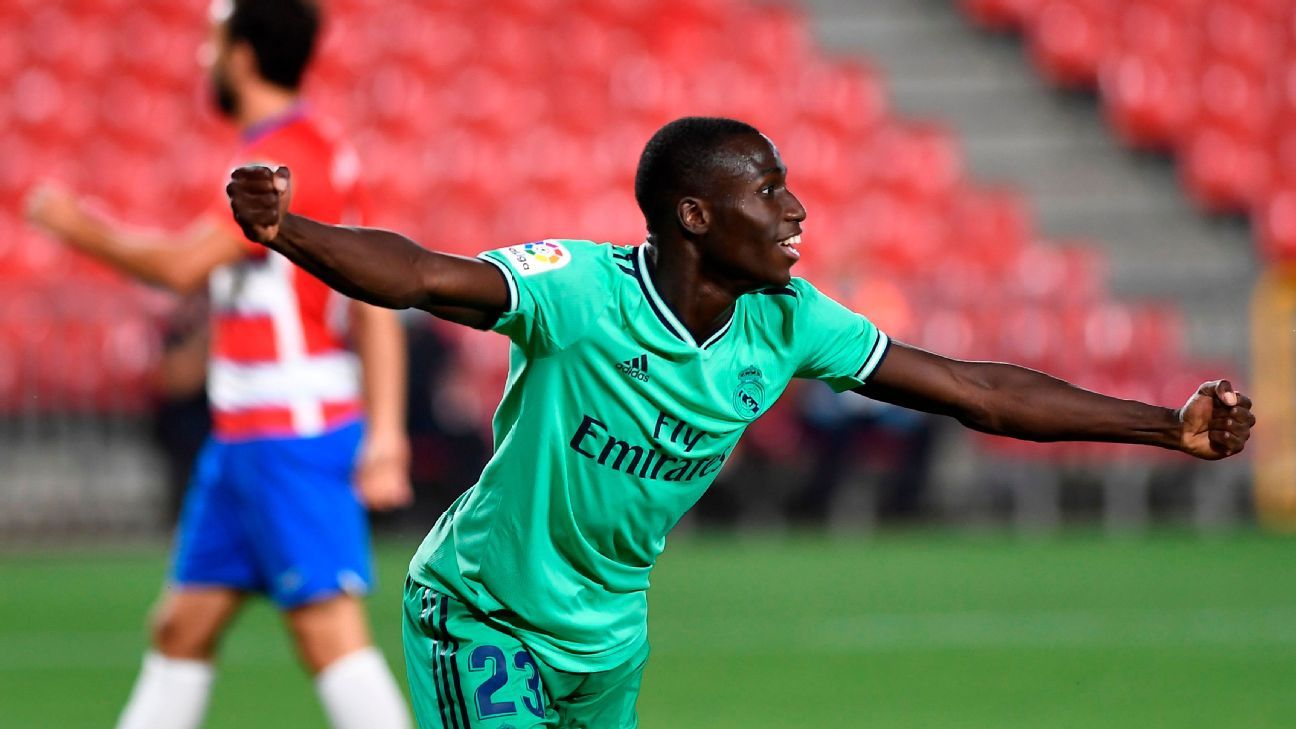