Portugal managed to do the unthinkable in 2016, beating overwhelming favourites France and clinching the Euros, putting the nightmare of 2004 behind them. Let's see how they may fare this time by

In recent years, Portugal has become a force to be reckoned with. In 2016, they beat France 1-0 and won the European championship - their first major piece of international silverware. After the underwhelming World Cup in Russia, where they were knocked out in the round of 16 by Uruguay, Portugal will be hoping to retain their European champions crown this summer.

Portugal had rotated in between 4-4-2, 4-2-3-1 and 4-3-3 in early years of Fernando Santos' management. During the Euro 2016 and the 2018 World Cup, Portugal played in a 4-4-2 formation, they had also used 4-1-3-2 with William Carvalho or Danilo Pereira taking up more defense duties giving players like Andre Gomes, Joao Mario and Adrien Silva more attacking freedom. After the 2018 World Cup, Portugal shifted to a 4-3-3 as new players made their way into the international setup thus requiring a change in tactics.

Whilst there may be a debate on who will be in their starting XI at the Euros, there is little debate over which formation the Navigators would be using at the Euros this summer.

Strengths- Portugal have some of the finest attacking players. You can argue that they are spoilt for choice when it comes to choosing their starting front three. When a manager has the luxury of choosing attacking players like Cristiano Ronaldo, Joao Felix, Diogo Jota, Bernardo Silva, Adrien Silva and Pedro Neto or even their midfield presence of the likes of Danilo Pereira, Bruno Fernandes, Joao Moutinho, Ruben Neves and Sergio Oliviera. It makes for one highly stacked attack minded side.

Weaknesses- Portugal's 2016 run to the Euros crown was built on a rock solid defense. Portugal also had a very odd distinction. Their semi-final win against Wales was their first match in the tournament which they won in regulation time. They had a highly experienced centre back pairing of Ricardo Carvalho and Pepe, two players who have a combined 203 caps in between them, Aside from them you still had experienced players like Bruno Alves who could help young players settle in with ease. Since then Carvalho and Alves have retired, which leaves Pepe amongst the lot. Whilst Portugal do have good defenders in the form of Ruben Dias and Raphael Guerriero. It's still not as experienced on the international stage as their 2016 side was and could be a matter of concern for them.

Portugal likes to line up in a 4-3-3 formation. Santos had began with a 4-4-2 formation in his early days of managing the national team. But over the years, their preferred formation changed and now it has settled on the 4-3-3. Portugal has a solid back four with Manchester City’s Joao Cancelo and Borussia Dortmund’s Raphael Guerriero as the wingbacks. Jose Fonte and Ruben Dias act as their first choice centre backs..

For their midfield trio, PSG’s Danilo Pereira can act as a number 6 with Wolves’ Joao Moutinho and Manchester United’s Bruno Fernandes sitting in front of him. If Pereira may not be available, Wolves’ Ruben Neves can act in that role. For the front three, Ronaldo will act as the main striker with any one of Bernando Silva, Andre Silva, Joao Felix and Diogo Jota flanking him.

Another alternate formation which Portugal can use is the 4-2-3-1 with two holding midfielders, allowing the attacking midfielder to provide assist in attack and giving an extra man to help the defence

The advantage of the 4-3-3 is that it can allow Portugal to switch to a 4-5-1 formation if they are being dominated.upon. This can allow them to block any passes coming through the middle, forcing the opposition to either hoof the ball up or play it out wide. Portugal can attack through their wings and having some very competent winger in their ranks, it can be a menace to deal with Portugal's wingers.

During attacks, Portugal tend to push their players forward, with their two forward midfielders (Fernandes and Moutinho) joining the front three and the remaining midfielder (Danilo Pereira) is joined by one of the centre backs, creating a sort of a 3-2-5 formation. The 5 men up top allows Portugal to make chances in the final third by either playing incisive passes in between the lines, utilizing the passing abilities of their midfielders or to play it out wide and push it in from the flanks.

Joao Felix has had quite a stellar career trajectory. After a single season playing for Benfica’s first team, where he scored 15 goals in 26 games across all competitions, he moved to Spanish giants Atletico Madrid in a deal worth €126 million. Despite a slow start to his debut season, where people wrote him off as an expensive flop for the Rojiblancos, he has bounced back this season by becoming a key player for Diego Simeone’s side.

Felix earned his first senior international cap in 2019, playing for an hour before he was substituted off in the 71st minute against Switzerland. This will be Felix’s first major international tournament for his country. And the Viseu native will be hoping to make his country proud this summer. 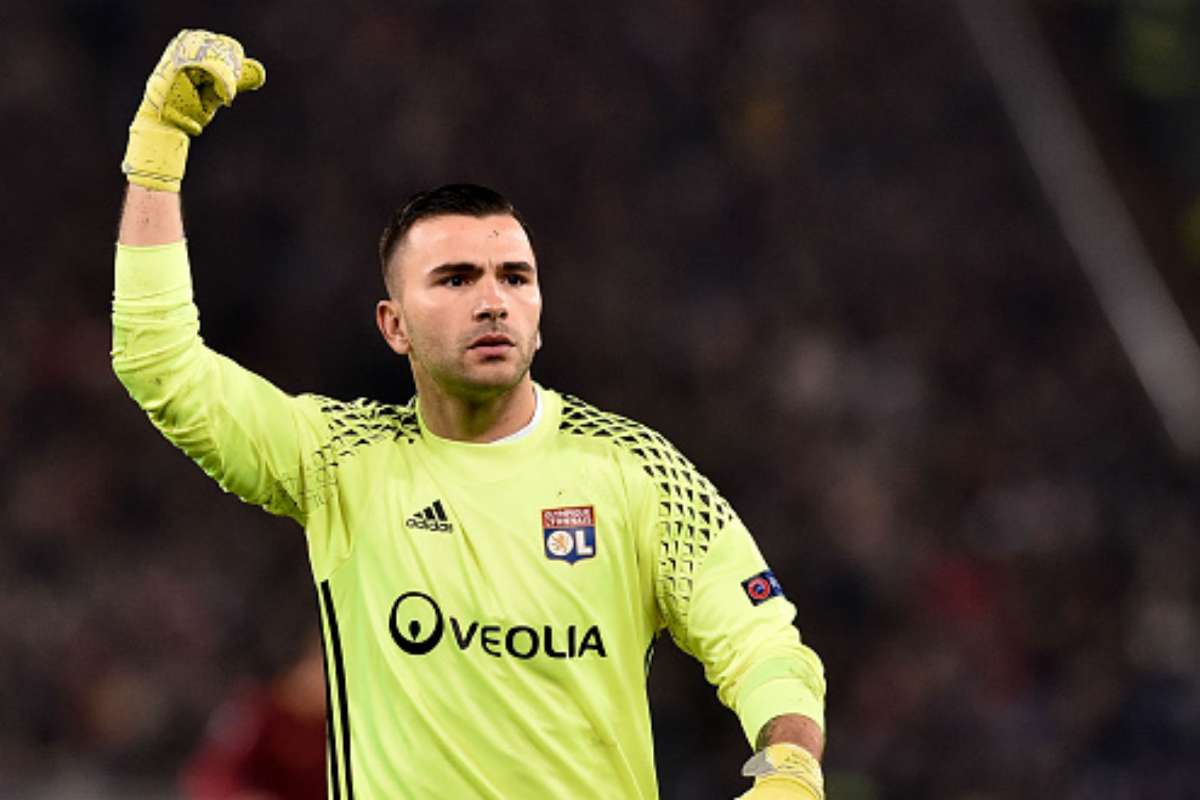 It’s tough for second choice goalkeepers to get a look-in at international tournaments. Most teams will prefer their first choice in between the sticks and only in the case of injury to the first choice will the backup be considered for the start.

And this is Portugal's current situation as their first-choice goalkeeper Rui Patricio is ruled out of the Euros because of an unfortunate injury to his head which he suffered in a clash with his Wolves teammate Conor Coady during a 1-0 loss to Liverpool at the Molineux in March. This has put him in an uncertain position, which might give Lopes a chance to step up. Lopes has only received 11 caps for Portugal since his international debut in 2015. This can allow him to step in as Portugal’s first choice goalie and make his mark on the national team. 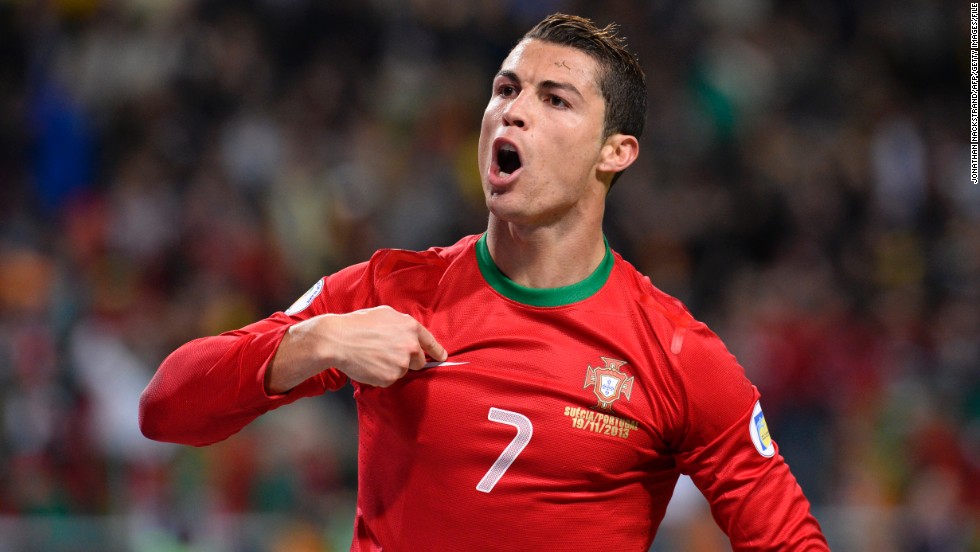 Portugal’s star and their captain. It has been 18 years since Cristiano Ronaldo made his international debut for Portugal. Since his debut in 2003, Ronaldo has become Portugal’s highest goal scorer of all time, with 102 goals scored in 171 caps. This has included appearances in 8 major international events with arguably his greatest achievement, leading his country to their first major international trophy by winning the 2016 Euros. After an underwhelming 2018 World Cup in Russia, Ronaldo will be hoping to make it count at this Euros which may be his last European Championships. He has a plethora of attacking talent alongside him - Joao Felix, Diogo Jota, Pedro Neto, Bruno Fernandes. He will be hoping that ‘The Navigators’ will make their way to another piece of silverware. Hopefully, there will be no issues on who will take the spot-kicks. 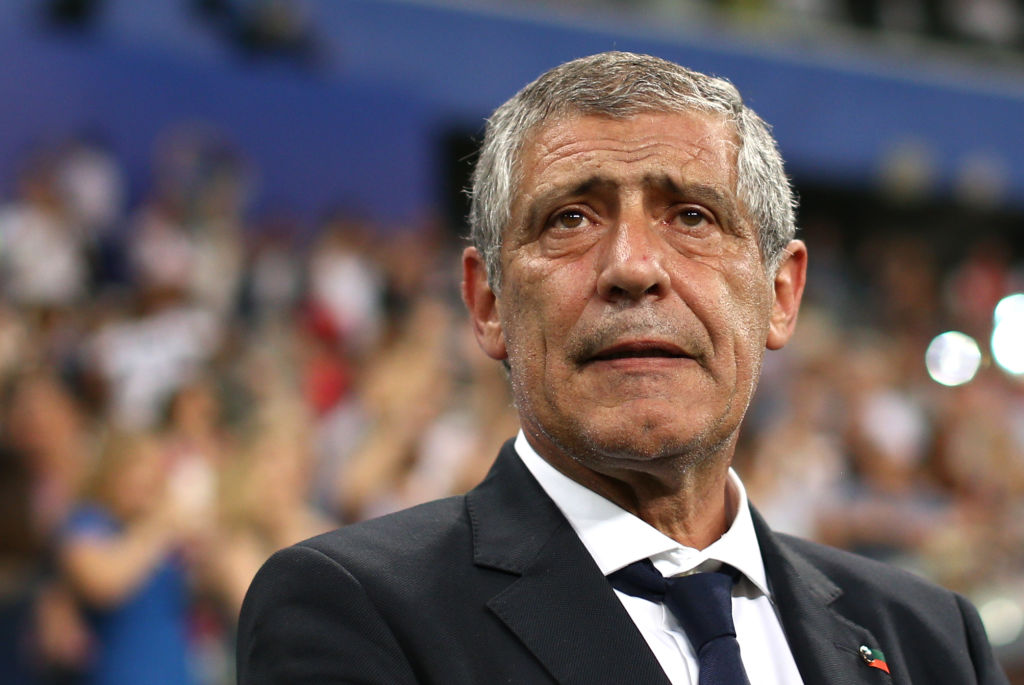 Santos can be described as a veteran in terms of management of international games. Before entering international management, he had managed in Greece and Portugal, managing Estoril, Porto, AEK Athens, Olympiakos, Sporting CP to name a few. He had won the Greek Cup with AEK Athens and the league and cup double with Porto at the turn of the millennium.

The former Estoril defender has been in international management since 2010, first managing Greece from 2010 to 2014, a team he took to Euro 2012 and the 2014 World Cup, where the Hellenics reached the knockouts for the first time in their history. Here they were beaten by Costa Rica on penalties, and this marked the end of his tenure as Greece manager.

Following the World Cup, he oversaw Portugal, and in their first tournament with his country’s team, he won them the Euros, banishing the nightmare of Euro 2004, where Greece beat Portugal in the finals. Following the Euros, Portugal has appeared in the 2017 Confederations Cup and the 2018 World Cup. In the Confederations Cup, they came third and in the World Cup, they were knocked out in the round of 16 by Uruguay. Since his appointment, Portugal has been able to establish itself as one of Europe’s premier sides and he has also been able to include up and coming stars with their veterans.

Portugal have been placed in quite a competitive group at the Euros, with the reigning World Cup winners France, Germany and Hungary in their group. Whilst France can cause some serious trouble to Portugal, the same can't be said for an inconsistent Germany and Hungary. Although what one may know

They will be able to advance to the Round of 16 with relative ease where their positioning in the group stages will determine whom they will come up against. Finish first and they come up against the third place side of either of Groups A, B or C. Finish second and they are looking at a match up against Group D winners, a group which contain the likes of England, Croatia, Scotland and Czech Republic. 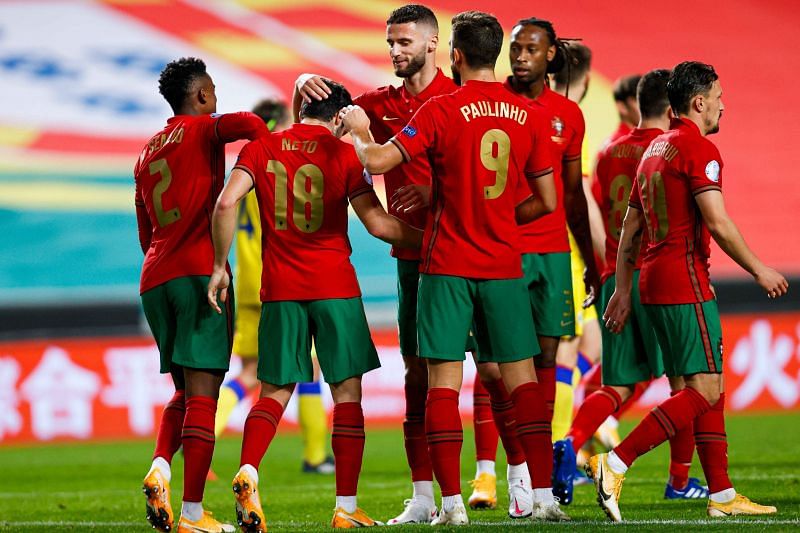 Fernando Santos helped Portugal overcome one of its worst footballing embarrasment by clinching the 2016 European Championships in France. After a shaky 2018 World Cup in Russia, the Navigators will be hoping to bounce back in style at the Euros this summer. With one of the most exciting and strongest squads at the tournament with a mixture of youth and experience. They should qualidy their groups with ease and should be able to go deep into the knockouts and who knows ? might just pull it off and retain their crown as the European champions.