Paris Saint Germain despite achieving so much in recent years have become the most hated clubs across Europe. Let us have a look at the false agendas around the club and debunk them.

“Farmers league”,”oil money”, “anti-football” and many such phrases start trending on social media whenever Paris Saint Germain are playing. The amount of disrespect the club gets for spending money to compete at the top level is unparalleled. They are believed to have no real  history and are claimed to have brought success using their Qatari owners' money. Let us have a look at the club and debunk some negative agendas around the Parisians. 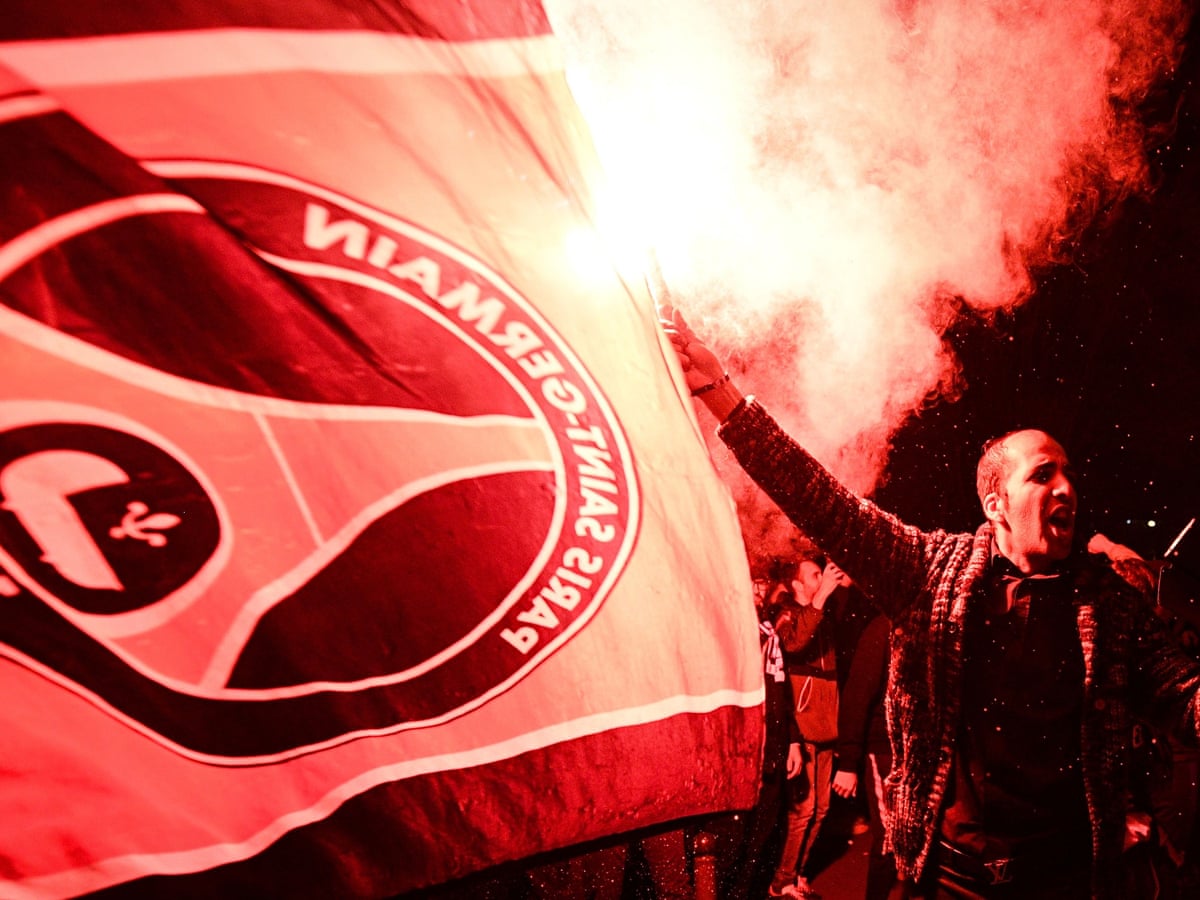 For the longest time the french capital Paris did not have a football club at the elite level. In 1970, Paris FC and Stade Saint Germain were merged into a single club named Paris Saint Germain. After getting the promotion after 2 years to Ligue 1, the club moved to Parc Des Princes which is till date regarded as the home for their passionate and chest beating fans. The club won its first honours in the 80s with consecutive French Cups before winning its first Ligue 1 title in 1986. PSG developed a fondness for attack minded football which attracted fans towards them from all over the world. 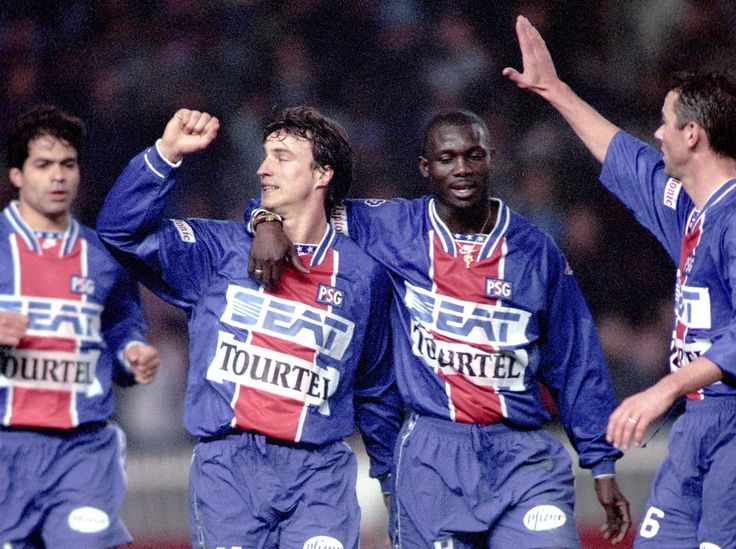 The club was taken over by Canal+ in 1991 and it reached new heights under the new ownership. Marquee signings such as George Weah and Rai led PSG to many trophies including Ligue 1 in 1994 and French Cups in 1993, 1995, 1998. The team however failed to leave its mark on the biggest European stage.

The golden period was followed by decline in the fortunes of the club around the turn of the millennium. Even a star player like Ronaldinho couldn't change their fortunes. The club suffered on the pitch due to mismanagement in the higher level of the club hierarchy. Football purists use this time period to propagate that the club does not have a rich history and are a "bought out" club.

The club was bought by Qatar Sports Investments in 2011 and since then Les Parisiens have been on an upward journey. Players like Zlatan Ibrahimovic, Edinson Cavani, Thiago Silva and Angel Di Maria were signed and the club has seen success since then. PSG have won 7 out of possible 9 league titles since their change in ownership along with numerous french cups. The club signed the Brazilian star Neymar from Barcelona for a world record €222M fee from Spanish giants Barcelona in 2017 who was the main architect in the 6-1 comeback which saw them bowing out of UCL Round Of 16 that year. They did not stop here and signed the teenager Kylian Mbappe who was the key player in the French league winning AS Monaco side in the previous season. He was signed on loan but PSG had to pay 145 million euros along with add ons amounting to 35 million euros over the course of time. 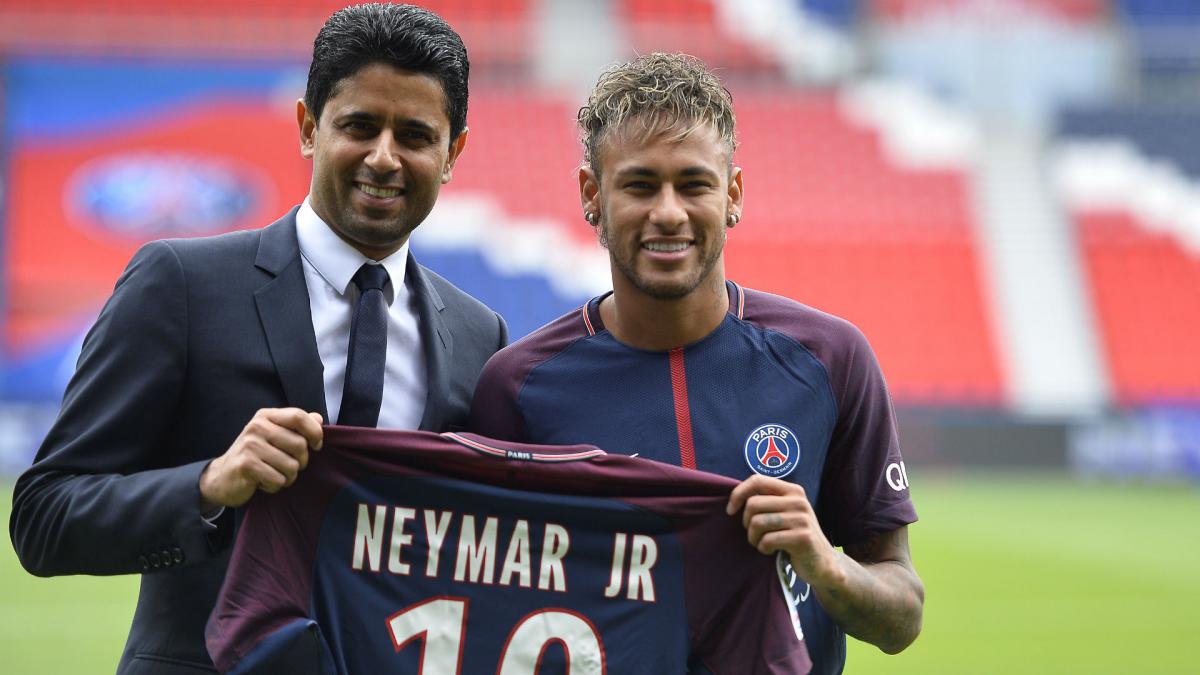 These two transfers made them one of the most hated clubs across Europe. Their owners are blamed for plunging money into their club and inflating the market for other smaller clubs with little or no owner investments. This uneven budget and spending has driven neutral football fans against them.

Serie A, Bundesliga and Ligue 1 are slandered as Farmers League by fans of other major leagues. The flawed logic behind this is that only one team is dominating all these leagues for the past decade with no real threat. In the case of Ligue 1, this team is PSG. They are accused of spending more on signing quality players and killing the competition. This logic does hold true to some extent but to disrespect a club for showing ambition is certainly not done.

PSG are slated for cruising through domestic competitions with ease but choking at the knockout stages of UCL. Barcelona knocked them out comfortably in 2015 in the quarterfinals and they were narrowly beaten by Manchester City(3-2 on aggregate) in the next year at the same stage of the competition. In 2017, they were on the wrong side of one of the best comebacks in European football. They trounced Barcelona 4-0 at Paris but were left astounded when the Catalan team beat them 6-1 at Camp Nou with the decisive goal coming in the final minutes. This made them spend big in the next transfer window as they landed Neymar and Mbappe.

However, this did not change their fate as they lost to Real Madrid and Manchester United in consecutive years in the pre quarter final stage of the tournament with starman Neymar missing due to injuries. The loss against Manchester United particularly hurt them as they were expected to go through after beating them 2-0 at Old Trafford. The 3-1 loss at Parc Des Princes saw their chokers tag tightening as a noose. Their big money moves on players, coaches and training staff were laughed at and their fans were left distraught.

In the 2019 transfer window PSG went smart instead of going big. They strengthened their weak positions by buying the former Real Madrid goalkeeper and 3 time UCL winner, Keylor Navas as Alphonse Areola went the other way on loan. They improved their midfield by bringing in Ander Hererra from Manchester United on a free transfer along with Pablo Sarabia from Sevilla. Mauro Icardi was brought on a loan from Inter Milan to be an able replacement to the aging Edinson Cavani.

They cruised through the French domestic season with ease which was cut short due to the coronavirus pandemic. At the pinnacle of european football, UCL, they beat teams like Real Madrid, Borussia Dortmund, Atalanta and RB Leipzig on their route to finals with Bayern Munich. Unfortunately, they lost the final 1-0 but the result could have been different had they been clinical in finishing the chances they created on the night. This was their highest ever finish in the Champions League and the only way from here is upwards as the team would have learned a lot from this experience. Paris Saint Germain are a comparatively younger club but have made their way to the top of the list of French honours(league titles and cups included) in no time. They are second on the list of Ligue 1 titles with 9 trophies, one behind Saint Etienne. They have a rich history with names like George Weah, Rai, Jay-Jay Okocha, David Ginola and many more famous players of the past century. In this century elite names like Ronaldinho, Zlatan Ibrahimovic, Edinson Cavani, Thiago Silva have played and became synonymous with the club. One may not like their way of dealing with signings but they do command respect from any football purist or enthusiast around the world. Their current generation of players includes players like Neymar and Kylian Mbappe and under capable management of Thomas Tuchel, the club would soon be knocking the door of European glory again.