Real Madrid won their 34th La Liga title as they dominated the league through their defensive prowess and organization.

Whenever football is discussed, what comes to mind after the legendary players is their iconic goals and freestyle skills. But what we usually do not think of and take for granted is the work that goes into defense. The defense is an irreplaceable part of every team’s game. A defense line can make or break the team’s morale, with a good one keeping things tight, which can eventually lead to a counter-attack.

This season, Real Madrid has been clinical in duels and has walked all over its opponents. The team has maintained it’s calm even during counter-attacks, putting to use either a tactical foul or a classic clean tackle.

The Ramos -Varane duo has been extra clinical this season, helping defend set pieces and stop counter-attacks. And it’s safe to say that the team’s recent glory can be owed to their defense. This season, Zinedine Zidane built the team on the ideals of a perfect unbreakable defense. Ever since his return to the Los Merengues, he made it clear that they were going to be more than just competitive in the Spanish top flight. Zidane went on to build Madrid’s defensive line into an impenetrable force. Ramos and Varane were already a handful to deal with and usually the opposition would try to draw the center-backs towards the wing with their wingers, giving the strikers lots of space to run into. But this season the team decided to keep the winger engaged with the full-backs, and have the midfielder(s) provide tactical help by dropping back to cover. This allowed the full-backs to close in on the wingers in an effective way, making it very hard for the opponent to cross the ball or give a through pass. Most of the time, it ended up meeting a center-back or got deflected by one of the full-backs.

Here’s looking at some of the gems that made Madrid’s defense impenetrable this season.

Starting with the captain, Sergio Ramos, who’s been aiding the team in many buildups. Once he senses the possibility of a counter-attack, he rushes forward in the space, passing the ball to the midfielder who eventually passes it on to a fellow winger. The winger then makes a cut-back, drawing the full-back towards him, whilst the striker diverts the midfielder towards himself. This frees Ramos to be unmarked, secure an assist from the winger and make it for the net. Not only that, he has also been very clinical in taking penalties and set-pieces. With Ramos providing an all-round performance in attack and defense, he surely is the jewel of Real Madrid’s campaign. But with Ramos’s contract with the team ending in 2022, it’ll be worth the watch to see what happens to the team as the captain bids farewell. Another notable defender who’s proven to be very crucial in tight moments for the Merengues is Raphael Varane. With Ramos going forward from time to time, the defense line can loosen up, but not if Raphael Varane is around. His ability to anticipate a through pass from the opponent is extremely handy for the team. The man can put in some clean tackles and block some important passes. His man-marking is also phenomenal and getting past Varane is becoming more and more difficult for strikers. He’s very good in duels and 1v1 situations. Even during a corner, his heading technique helps him secure the goal for the team.

Next up is the defender who’s been very crucial for the team this season: Daniel Carvajal. Carvajal, a right-back, helps a ton in the build-up, often going forward and assisting his fellow wingers. At the moment, he is irreplaceable to the team. He’s been said to be showing hints of the 2016-17 Marcelo, who would often make dashes into the box as he provided the crucial assist. Carvajal along with a fellow winger runs forward with the ball, which usually results in either a cut-back or a cross, with Benzema in the box going for the killer shot. Carvajal also provides special defensive stability as he chokes the opposite winger for space and it gets difficult for him to cross the ball. With so many positives working for Carvajal, the one negative is that his duels often end up in a corner or a foul close to the box.

This season saw the rise of a player new to the team: Ferland Mendy. In the previous season, the left-back position could be observed as becoming overwhelming for Marcelo as things were starting to become really hectic for the Brazilian. But with Mendy in the team, it now gives Zidane options for his starting 11.

Mendy is a very agile player who helps deal with the pressure from the right-winger in a very effective manner. The world witnessed his phenomenal performance in El Classico in December, where the boy was up against Leo Messi. Mendy and Vinicius Junior linkups are a treat to watch, with Vinicius catching up at a stellar pace and Mendy giving a through pass. Mendy also provides defensive strength to the left flank, something that was missing from Marcelo’s game. 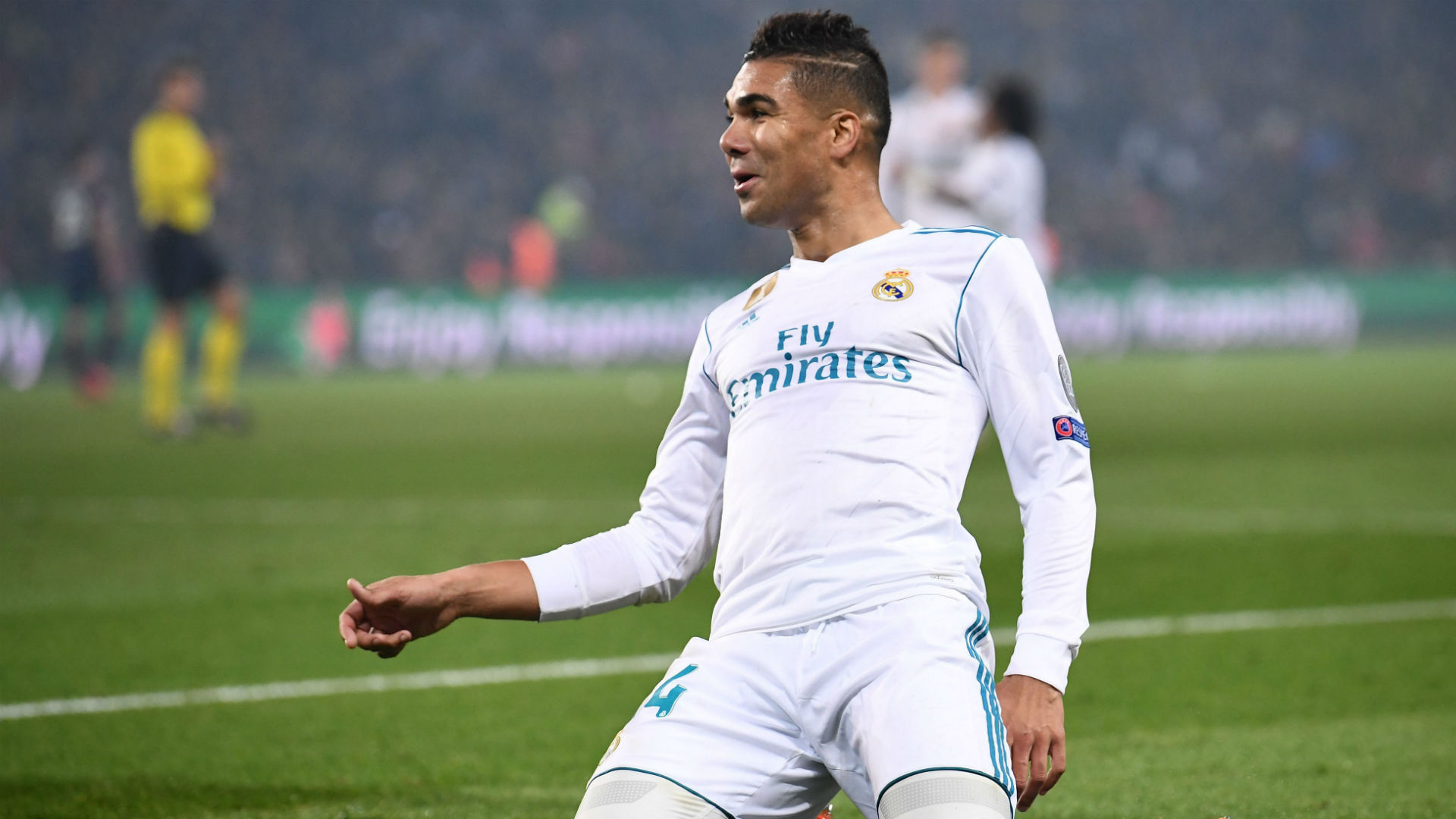 Madrid’s next key player is Casemiro. Casemiro plays the central defensive midfielder and helps the team in breaking one of the good counter-attacks. He is very crucial to the team and blocks many through balls, stopping any lurking danger when the opponent is counter-attacking. His attacking ability also helps the team as his long range shots are often on target and make it into the net. Despite being a midfielder, his forward march is often criticized, but so far, it’s been doing good to Real Madrid.

From zero to hero: Courtois 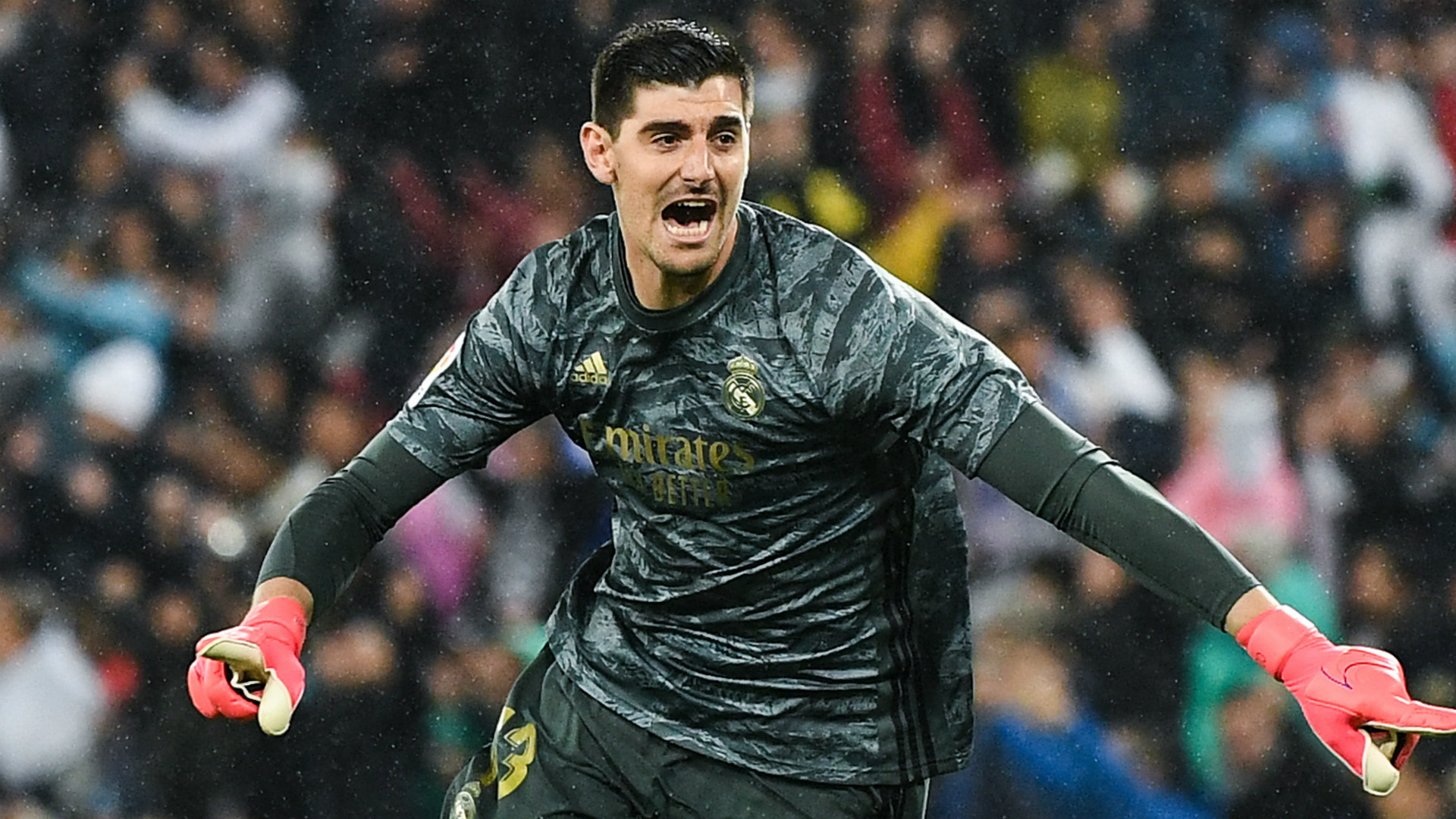 Now comes the backbone of Madrid’s defense, Thibaut Courtois. Although last season was quite a nightmare for the Belgian goalkeeper, he’s clearly evolved for the better this time around and has been coming to the team’s aid in tight circumstances. He’s good in 1v1 situations and has been using his physique as an advantage, becoming a wall in front of the net, deflecting away any possible goals. When the defense encounters an error, he rises to the situation and helps his team as he punches the ball away from the net.

Rounding up on the defense it can be said that this season Real Madrid’s defense has been in its best form ever with 23 goals conceded and 19 clean sheets. They’ve definitely had the best defense in La Liga Santander this season.

So as La Liga ends, it's safe to say that the Los Blancos were definitely a dominating team that out-played its rivals. And amidst the constant controversies regarding penalties and VAR decisions, Madrid sailed through the league like a true Spanish Giant. And even though the team had a rocky start, by the end they had everything in control and the boys brought back the Spanish glory to Santiago Bernabeu for the 34th time.