It's easy to criticize the Spaniard for his behaviour but not everyone can carry themselves like Ramos.

Sergio Ramos, the Real Madrid and Spain captain, is one of the hardest and toughest players that you can try to go past. Besides his aggression and aerial threat, his experience and game sense are his most valuable assets. With all sorts of tricks that might be termed as "unprofessional" by rival fans, Ramos is definitely of the "best" and the "worst" players you can come up against.

Sergio Ramos was signed by Real Madrid as a 19-year-old from Sevilla in 2005 for $30 million which was a record fee for a Spanish teenager at that time. Sergio Ramos is the record holder for being the only defender to score in 16 consecutive league seasons as he has redefined the meaning of modern-day defending.

The Spanish international was named Real Madrid captain in 2015, despite his constant links to Manchester United. He took the armband from Iker Casillas after the veteran goalkeeper completed a switch to Porto. 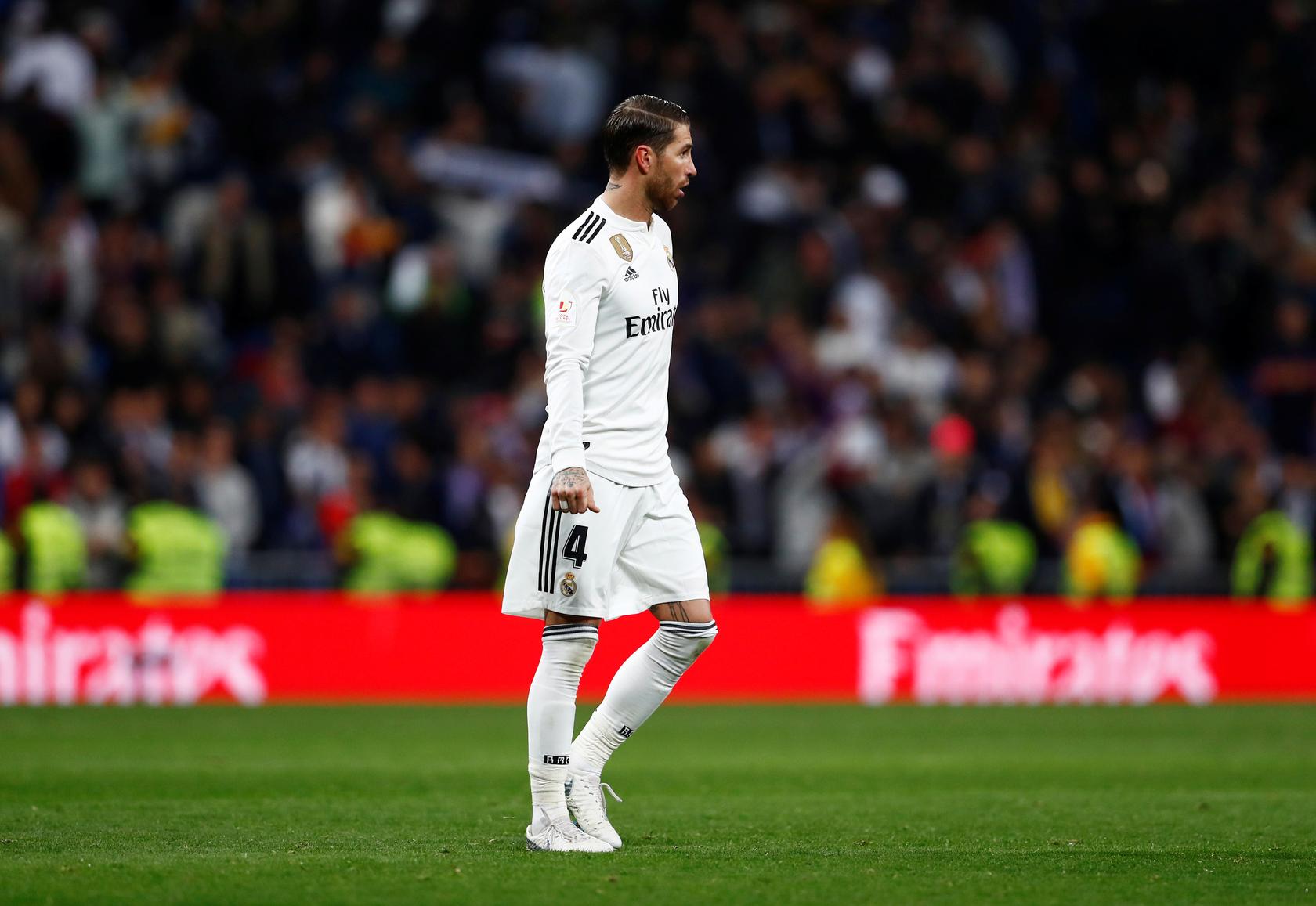 Sergio Ramos is a complete team player. As captain, he has always backed his teammates on and off the field. After becoming the full-time captain in 2015, Ramos's personality has evolved both as a player and as a leader with every season passing by.

Whether it be the pressure of the captaincy or guiding the back four, Ramos has handled everything. He is still the apex predator, still the box-office centre-back and still one of the best around.

Evidently, he has mastered the art of triggering his opponents quite well, as he's the kind of player that will do everything in his power to win, something that can question his “sportsmanship”. Ramos is constantly committing tactical fouls, getting booked at numerous occasions and getting into verbal spats on the pitch. The man has done it all, to ensure the victory of his team. The Sevilla-born star is the most red-carded player in the history of ​La Liga and ​Champions League.

Sergio Ramos is seen as one of the bad boys in the world of football, however many people fail to understand him. In his documentary, El Corazón de Sergio Ramos, Ramos explained this:

'I am not the same Sergio Ramos on the field as I am at home.' 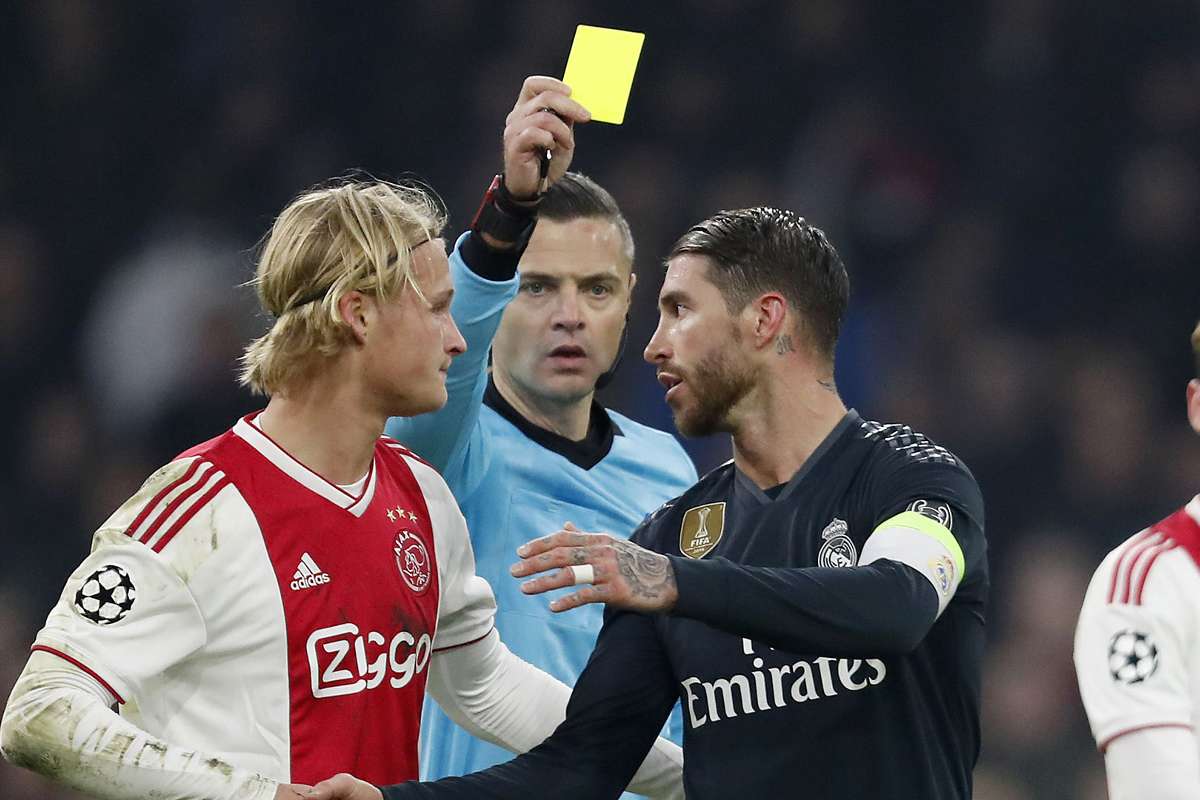 Some Liverpool fans would certainly love to debate this as Real Madrid’s captain was in prime form in the 2018 Champions League final in which Ramos injured Mohamed Salah and gave Loris Karius a concussion. It's easy to see why rival sides can become so frustrated with him, as he's the kind of player that will do everything in his power to win.

The latest incident in his controversial career happened when Ramos was booked for unnecessarily tackling an Ajax player at the Amsterdam Arena, in the first leg of the quarter-final of the Champions League, back in 2019. Most football fans were convinced that Ramos got himself booked deliberately. What is even more interesting is that the Real Madrid captain confirmed later that getting booked was a deliberate decision. He told the press:

“Yes, the truth is that, seeing the result. It’s something I had in mind. It is not that I am underestimating the opponent but sometimes in football, you have to make decisions"

The comment was later taken down by him, but the damage had already been done. Ramos was suspended for the second leg against Ajax and he was heavily missed in that game. Real Madrid got shattered by the young Ajax side, in front of their home crowd at the Bernabeu. This was heartbreaking as Real Madrid had been eliminated from the Champions League after being the European Champions for more than 1000 days. 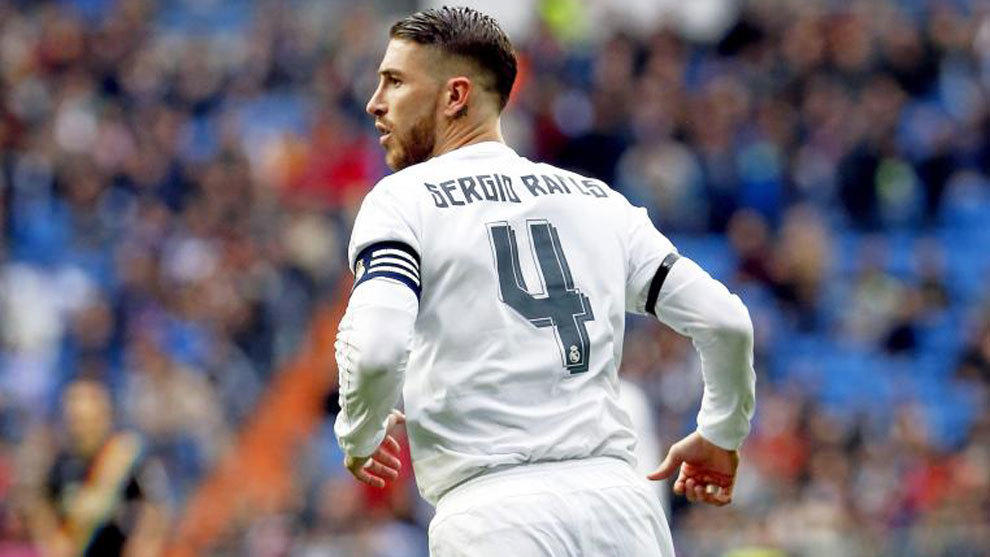 Ramos was the key man in Real Madrid's dream Champions League run, which saw them lift the La Décima, Undécima, Duo décima and Decimo Tercera Champions League titles. He scored a famous goal as he broke the hearts of Atletico Madrid fans with a stoppage-time header in 2014 to equalize (Real went on to win 4-1). After that goal, Ramos became known as Mr. 92:48 for his unbelievable heroics.

While Ramos has won trophies and proven his world-class ability on many occasions, he has also been criticized throughout his career. His penalty miss against Bayern Munich in the 2012 Champions league is always discussed in football debates and his arrogance on the field is termed as “sh*thousery” by many footballers.

Sergio Ramos has taken a leap and risen above all to make a name for himself. His confidence, calmness and belief were visible when he stood up to take the fourth penalty in the penalty shootout against Portugal at the Euro 2012. He “panenka'ed” the Portuguese goalkeeper, Rui Patricio, just two months after missing the penalty against Bayern in the Champions League semi-finals.

'When certain moments arrive, there are players who fortunately have that complete confidence in themselves, who are in a rich vein of form and want to face up to such responsibility. Throughout my career, I've always been able to take in the situation and assume that responsibility.' he told FourFourTwo

Despite being painted as a villain, Ramos is one of the most successful defenders in the history of the game. He has won two La Liga titles, four Champions Leagues, four Club World Cups, two Copa del Reys (dropping one off a bus), the Euros and the World Cup.

It's easy to criticize the Spaniard for his behaviour but not everyone can carry themselves like Ramos. With constant nudges from the opponents and fans, Ramos has developed his own unique style of doing things and dealing with situations. Ramos is the type of man who can still make an impact through his mere presence despite his waning abilities. Despite reaching 34 years of age, Ramos seems to be in the best shape of life and looks ready to lead Real Madrid again.