The last dash for the La Liga Title | turf Football

The last dash for the La Liga Title

La Liga is witnessing one of the most fiercely contested campaigns since the turn of the century. The league enters its final phase of four matches to decide who will take away the coveted title.

This season’s La Liga has been nothing less than a roller coaster ride. After Gameweek 21, Atletico Madrid had an 11 point lead over their nearest rivals in FC Barcelona. Atletico sat comfortably at the top of the table with 54 points in 21 games. Since then, Atletico have managed to accumulate only 22 points out of the possible 39. This ridiculous bottle job by Los Colchoneros has left them with just a two-point lead at the top of the table. 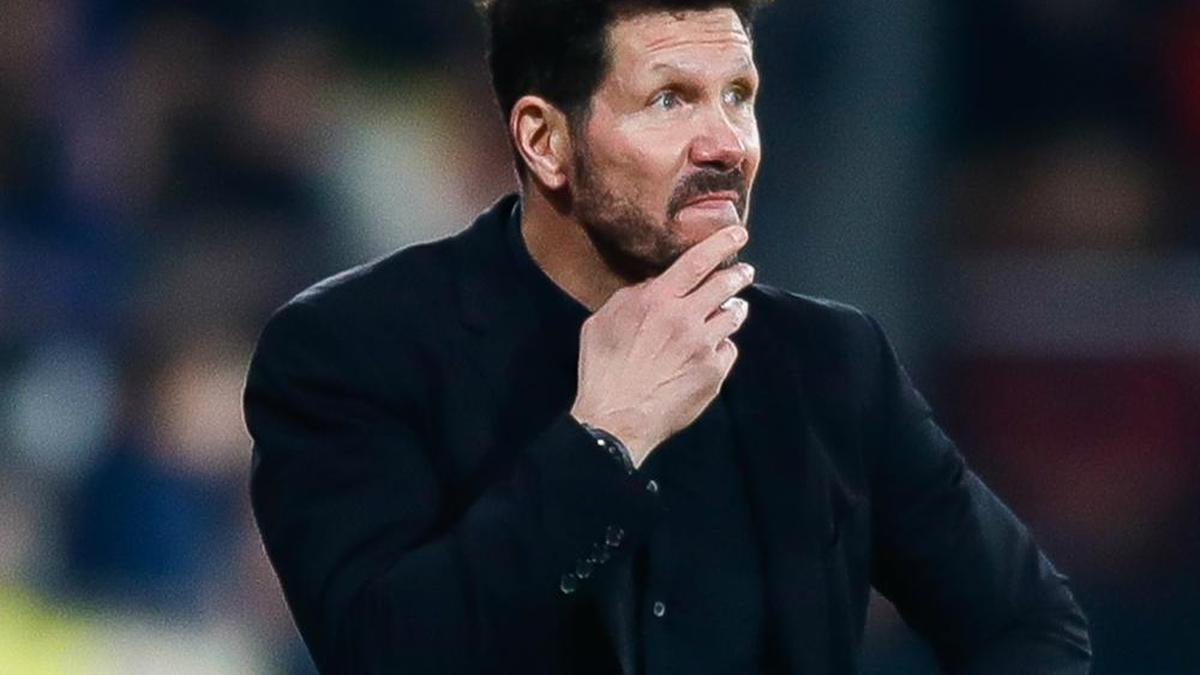 As the table stands currently, Atletico Madrid is first with 76 points, Real Madrid and Barcelona in second and third respectively with 74 points, and Sevilla at fourth with 70 points. With Sevilla’s defeat against Athletic Bilbao, they seem to be pretty much out of the race.

Given the standings, Matchday 35 could prove to be a title-deciding game week in La Liga. With Sevilla traveling to Madrid, and Barça hosting Atletico at Camp Nou, all the title contenders will lock horns against each other on this matchday.

Let us have a look at what both matches could offer to millions of fans worldwide.

Over the past few months, Barcelona have shown immense improvement and a fighting mentality to keep themselves in the race for the La Liga title. However, horrors from the past have come back to haunt Barcelona again as the pressure has increased. Their much-discussed weak mentality was visible against Granada in matchday 33, as the Blaugranes lost a golden opportunity to go top of the table with a 2-1 loss at home. 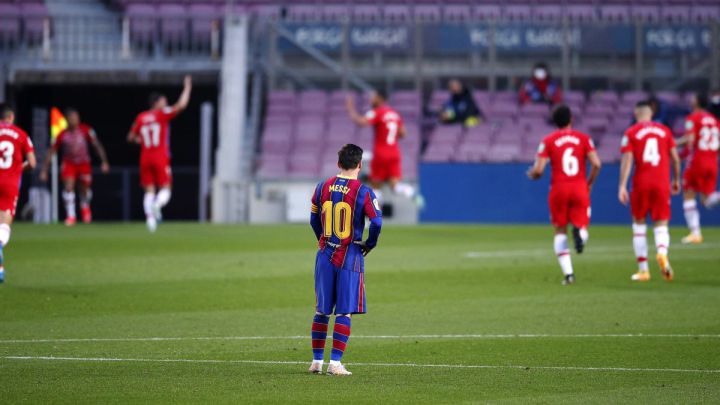 On the other hand, Atletico has also been very poor for months now. Simeone’s negative brand of football is hurting them pretty bad at the moment. Los Rojiblancos have only been a shadow of their earlier self as they fail to finish off games. Many a time, they have been let off the hook by opponents missing crucial penalties and sitters.

Barça is a team that will probably have lots of possession, with Atletico sitting back waiting for the counter. This has been the template used by a large majority of teams in La Liga. Ronald Koeman’s shift to a 3-5-2 formation has been a revelation in Spain this season, with most of the managers, including Zinedine Zidane, also opting to line up their team the same way.

However, Barça’s lack of pace at the back has often left them vulnerable to counterattacks. Both of the club’s league losses this year have been due to their failure to stop counterattacks, something Simeone and Co. will be looking to exploit. Another possible loophole in Barça’s defense is their set-piece defending routine. 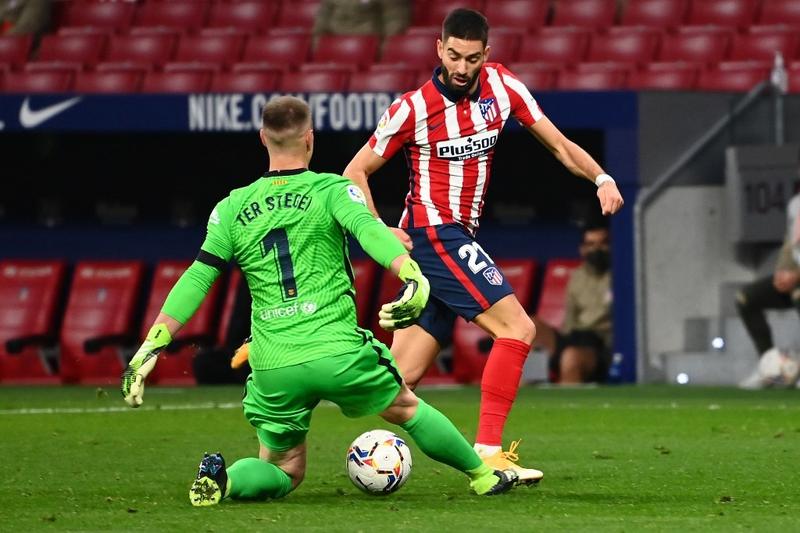 This match will also witness Luis Suarez’s return to Camp Nou. The Uruguayan is one of Barcelona’s legends, without a doubt. It will be fascinating to see how Barça will stop him in his tracks.

Until this week, Real Madrid was the only Spanish top four team competing in Europe. This puts them at a slight disadvantage due to the fixture congestion at the end. Combining the tight schedule with their lengthy injury list would be interesting to see what lineup the French manager will put out against Sevilla. The Spanish champions have faced difficulties throughout the season to break down organized defenses. However, it’s commendable that they have been defending very well, even in the absence of their talismanic captain Sergio Ramos. Real will be facing the Andalusian club after a crushing defeat against Chelsea midweek. 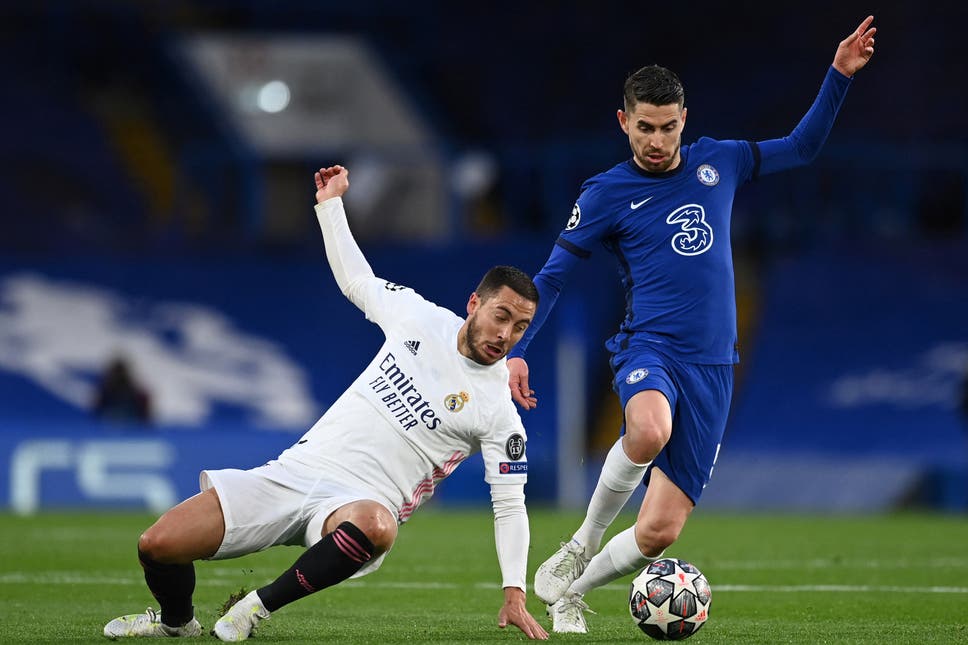 Sevilla had a hugely disappointing first week of March where they lost twice to Barça and then to Elche in the league. Since then, the Andalusian club had managed to go on a nine-match defeatless streak in the league. However, with a loss against Bilbao last week, they have lost an opportunity to win their first league title since 1946.

Zidane’s Madrid has not been one of the teams that score freely, which is very well visible by the fact that they have just scored 58 goals in 34 league games this season and look set to score even less than the 70 goals they scored last season. However, under Zidane’s second reign, their main strength has been the effectiveness of their low block and fast transitions after winning the ball.

Going by the impression of the previous encounter in the league between them both, Real will sit back waiting for an opportunity to counterattack as Sevilla will try to play their expansive style of football under Julian Lopetegui. 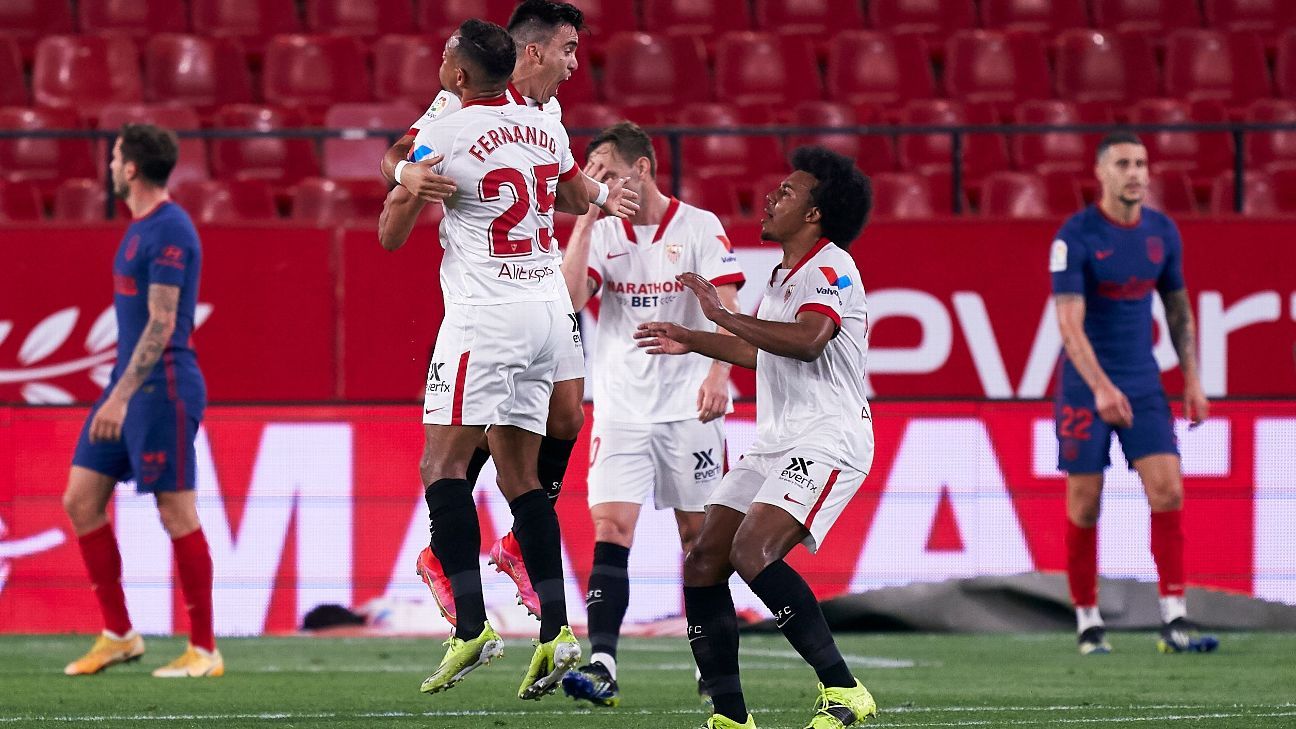 Ramos was back in the team for the game against Chelsea and should be one of the names in the starting lineups for this crucial match. Ferland Mendy and Fede Valverde are also back from their respective ailments and could be in the lineup to face the Andalusian club.

Even after the end of gameweek 35, the job would be all but done for the three clubs involved in the title race. Let us now take a look at the three remaining fixtures for the trio of Spanish giants.

In the remaining three gameweeks, Los Rojiblancos will be facing Real Sociedad, Osasuna, and Real Valladolid. The game against Valladolid could prove to be a tricky fixture for the team from the Spanish capital as the former is involved in a hard-fought relegation battle. La Real have also exceeded everybody’s expectations this season and could force Atletico to drop points.

Barça’s remaining fixtures are against Levante, Celta Vigo, and Eibar. These all seem easy games on paper. However, Celta has always been a difficult opponent for the Catalan club, and Eibar would be willing to give their all to avoid relegation. Blaugrana’s weak mentality could result in a lot of dropped points in the final stretch.

Los Blancos have probably the most challenging set of fixtures coming up as all their matches are against the teams from the top half against Athletic Bilbao, Granada, and Villareal. Given Real’s record against mid-table teams this season, it wouldn’t come as a surprise if they drop points in these fixtures. With all said, the highlight of Zidane’s career at Madrid has been delivering with top performances when it matters the most. They are the masters of this situation.

With all said, La Liga has been very unpredictable this season. Lower-ranked teams have stunned the heavyweights every then and now. Zidane and Koeman have mentioned multiple times that “No game in La Liga is an easy game.” For a neutral fan, the final four gameweeks of La Liga will probably bring more entertainment than an action-packed blockbuster. However, the nature of the seasons has been such that it would not come as a surprise if all the pre-match analysis and predictions might go into the bin as soon as the whistle blows.