The Rise of Ansu Fati

Ansu Fati's rise has been exceptional and he will be an integral part of Barcelona's rebuild.

The young teenage star was once again in the headlines as he gave the Blaugranes another victory in the La Liga by scoring the only goal before the half time.

The very famous La Masia, which was once known for producing quality players, including the likes of Lionel Messi, Xavi Hernandez, Andres Iniesta, and many more stars has recently been in shambles. The academy has not been able to produce stars as it once did. Although the Blaugranes have relied a lot on external transfers in the recent years, it's great to see many potential talents being produced by the academy as well in the likes of Riqui Puig, Carles Aleñá, Iñaki Peña, and young Ansu Fati. 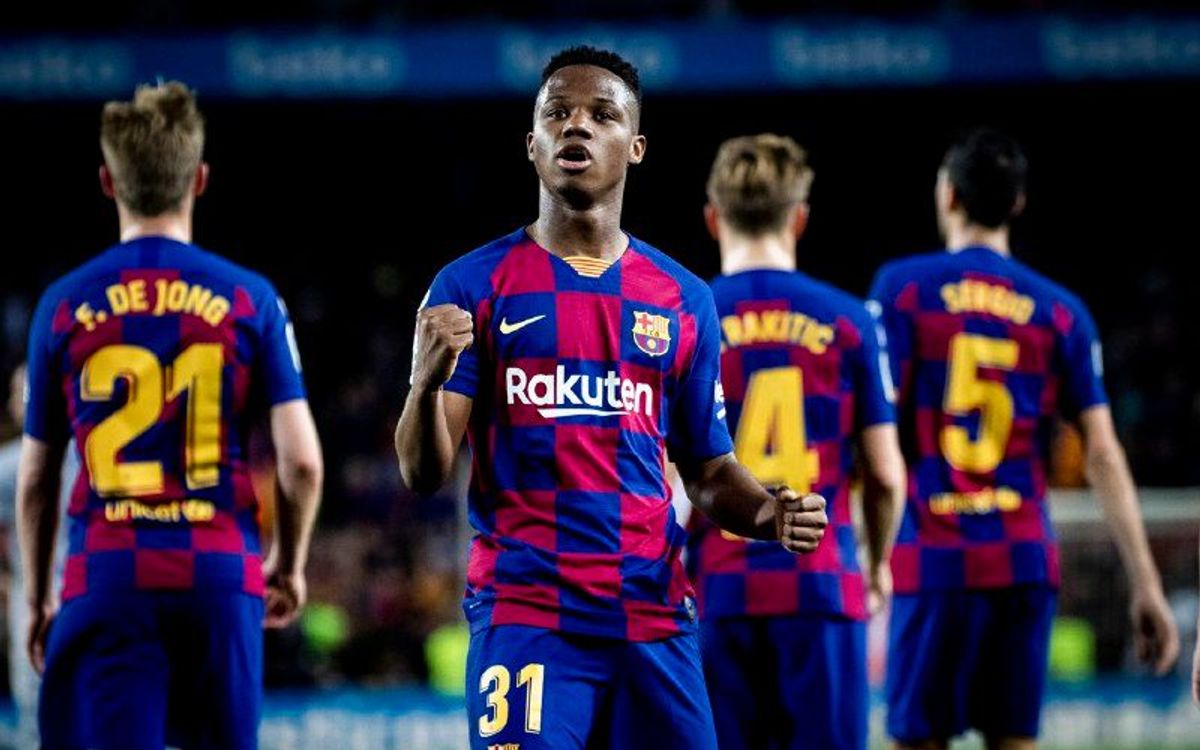 The young Spanish winger has seen an exponential rise, coming through the ranks of Juvenil A, to Barça B, and finally to the main squad. Originally from Guinea-Bissau, his family moved to Herrera, Sevilla when he was just six years old. Ansu is a really phenomenal player as plays with great technique. With Suárez and Dembélé getting injured at the same time, he also came in as a blessing in disguise. The young kid made his debut into the first team under the not so famous Ernesto Valverde in the 19-20 season.

Born on 31st October 2002, the winger is yet to turn into an adult but has been crazy confident on the ball. While most players fall to the pressure of the Camp Nou, Ansu has shown traits that he's here to run the game. He has quick feet, has good decision making and is very brave. He's also not afraid to take on the defenders. He's daring and he's bold. He's aware that a winger has to dribble, and so he does. Moreover, he possesses a commendable ability to attack space, but also to dominate positionally. He's also not afraid to test the keepers which makes him a very exciting prospect. His talent has been acknowledged by many clubs around Europe and he has even started gathering offers from some of the giants. Recently, thee was in talks after the 100M € offer that was made by the Red Devils, Manchester United. Fortunately for Barça though, the offer was turned down by the not so competent Barça Board. Another transfer move was made for the Spanish winger by the Old Lady, Juventus, which was also turned down by saying that Ansu was "not for sale". They say that the player will only leave if his current release clause of 170M € is triggered, and efforts are already being made to increase it to 400M €. So for the time being, it does not seem that the player will be leaving Barcelona.

While the future shines bright for the young lad at Barcelona, the experts have been constantly hoping that he does not fall under the massive pressure of the Camp Nou. The onus lies on Barcelona’s current boss, Quique Setién, and let's hope that he can get the best out of this wonderkid. And if he does, the world shall soon be at his feet - Anssumane "Ansu" Fati Vieira.