After winning La Liga for the 34th time, Real Madrid have acted silently in the transfer market and haven't made any signings but they can still defend their title to clinch the trophy again.

A lot of teams have signed big names this transfer window, whereas Real Madrid has been quiet. They seem confident with their current squad, as they go on to defend their league title.

Real Madrid began the season with a goalless draw against Real Sociedad, losing points in the first gameweek. They later faced Real Betis where they grabbed their first win of the season followed by another win against Real Valladolid.

The fans were excited to see Odegaard start in midfield in the first two games but the Norwegian prodigy failed to showcase his magic and Zidane subbed him off. Luka Jovic also failed to make an impact on two out of the three games that he started, as he did not score a single goal.

Despite these attacking failures, Real Madrid has only conceded two goals in the past three games, keeping two clean sheets, and were rock solid defensively under their captain, Sergio Ramos. Ferland Mendy was also impressive in both the games he started along with Thibaut Courtois, who had the best season of his career last year.

The galacticos are known to win titles with major contribution from their forwards, but last season it was evident that Real Madrid clinched their 34th league title due to their defense. Due to the inconsistency in their attack, it was important for Zidane to strengthen his backline in order to win matches. Conceding just 25 goals in a total of 38 league games (0.65 per game), boasting the lowest xGA of 25.3 among the top five European leagues, this Real Madrid side undoubtedly had the best defense across Europe. 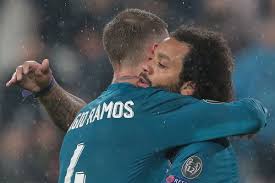 Ferland Mendy had an amazing debut season, alongside Sergio Ramos who not only stood out in defense, but was also their second-highest scorer in the league last season. Thibaut 'The Wall' Courtois had the best season of his career in club football. The Belgian giant was named 'Goalkeeper of the Season'; the first GK after Iker Casillas to achieve this feat for the club.

Real Madrid’s captain, Sergio Ramos, has been an integral part of the club for almost 15 years now. With the ability of not just defending but taking charge and even scoring goals in almost every game, he does whatever it takes to get his team over the line. In the 2019/20 season, Ramos scored a total of 11 league goals (most by any defender in a single season).

After becoming the full time captain in 2015, Ramos's personality has evolved through the years. Whether it be the pressure of the captaincy or guiding the back four, Ramos has handled everything perfectly. He is still the apex predator, still the box-office centreback, and still one of the best. Therefore, without any doubt, he will play an important role in their title defense.

The Spanish League Champions haven't signed any big names this season and have lost a few big guns like James Rodriguez, Achraf Hakimi, Brahim Diaz, and Gareth Bale. With Zidane calling Martin Odegaard back to the Bernabeu after his loan spell at Real Sociedad, he is the only new face in the squad this season. The coach is investing his efforts in the young prodigies. 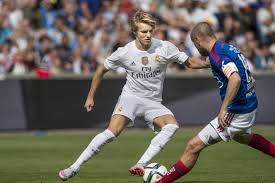 Benzema, therefore, looks forward to being supported by young forwards like Vinicius Jr., Rodrygo, and Asensio, whereas the veteran, Eden Hazard, is expected to be left out of the squad for 2-3 weeks after he suffered another muscle injury earlier this week. 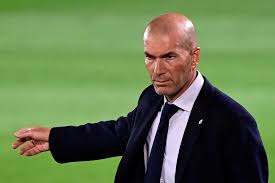 Zidane is believed to be the manager who brings the best out of the players on his radar. Where some managers at big clubs need bigger names to make their tactics work, Zidane believes in investing his efforts towards the young players, as some say he thinks about the long run. Zidane is not one of the greatest tactical geniuses around, but he sure knows how to balance the side and make necessary changes, assembling a group of less experienced players and converting them into world class players under his guidance. His presence this season as the manager may lead to another league title!

The two teams that can really challenge the Madrid side for an epic league title fight are FC Barcelona and Atletico Madrid.

FC Barcelona has a new manager in Ronald Koeman and has started off his league campaign on a high note after two consecutive wins. Despite losing crucial players from last season like Luis Suarez and Arturo Vidal, they seemed to be a pretty balanced side. 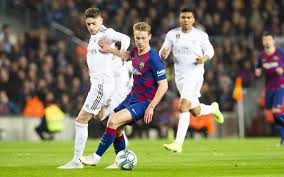 Atletico Madrid on the other hand is looking slightly more dangerous with the addition of ace striker Luis Suarez, who had an instant impact in his first league game in the red and white of Atleti as he scored a brace and assisted one after being subbed on at the 70th minute of the game. With this major addition to the side, it looks a lot more competitive and a reason for their neighbors to worry about.

Therefore Real Madrid's title defense will not be easy as it seems to be, with the top teams trying to hunt their way back to top but with Zidane at the helm, nothing is impossible.